A Night To Get Up the Nerve and Tell a Story
The storytelling community is alive and well in the Pioneer Valley.  Last night I joined story lovers at an informal storytelling night at the wonderful Luthiers in Easthampton.

This club has so much going for it. Easy to find parking, guitars up on all of the walls, an adjacent space with plenty of room and some Rastas serving jerk chicken and fish tacos called Vibesman Jerk. 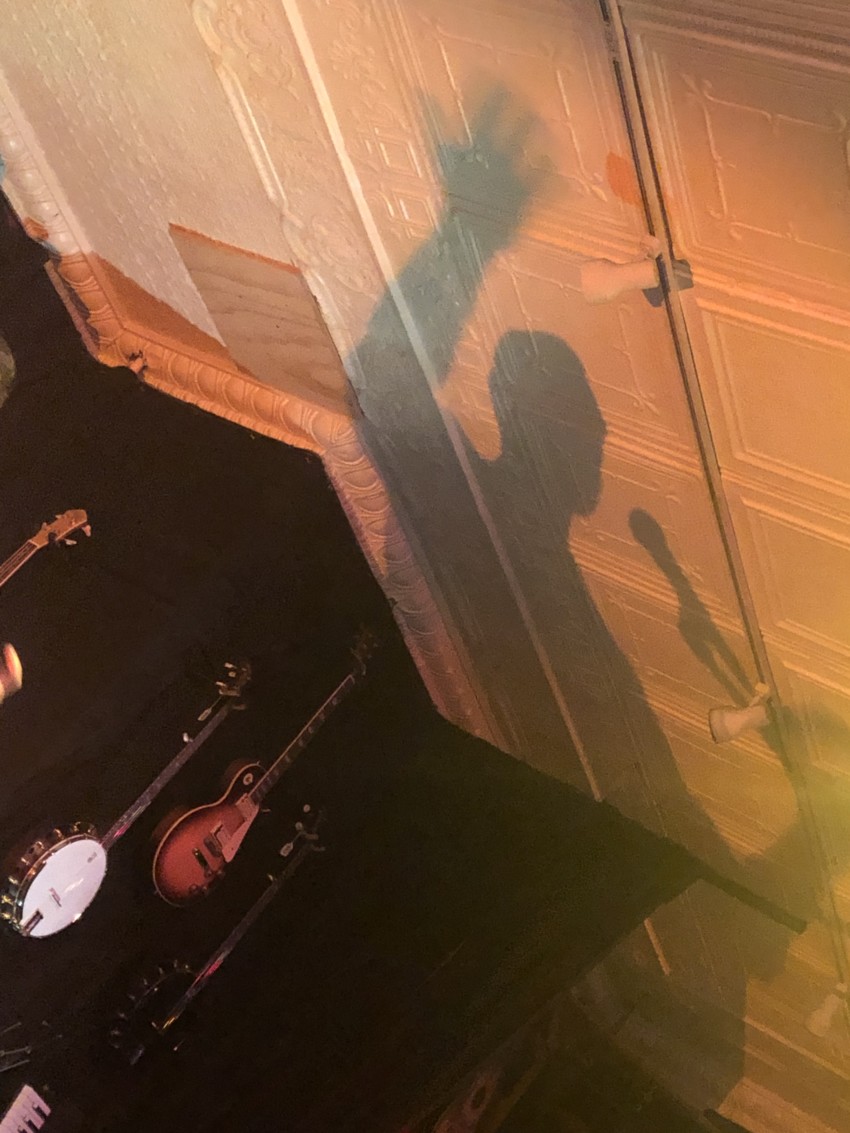 I got there as the storytellers were queuing up…they gave their first name to an organizer and then the show began. A teacher who works at Williston got the show underway with a long story about being in graduate school  connecting with a former teacher. 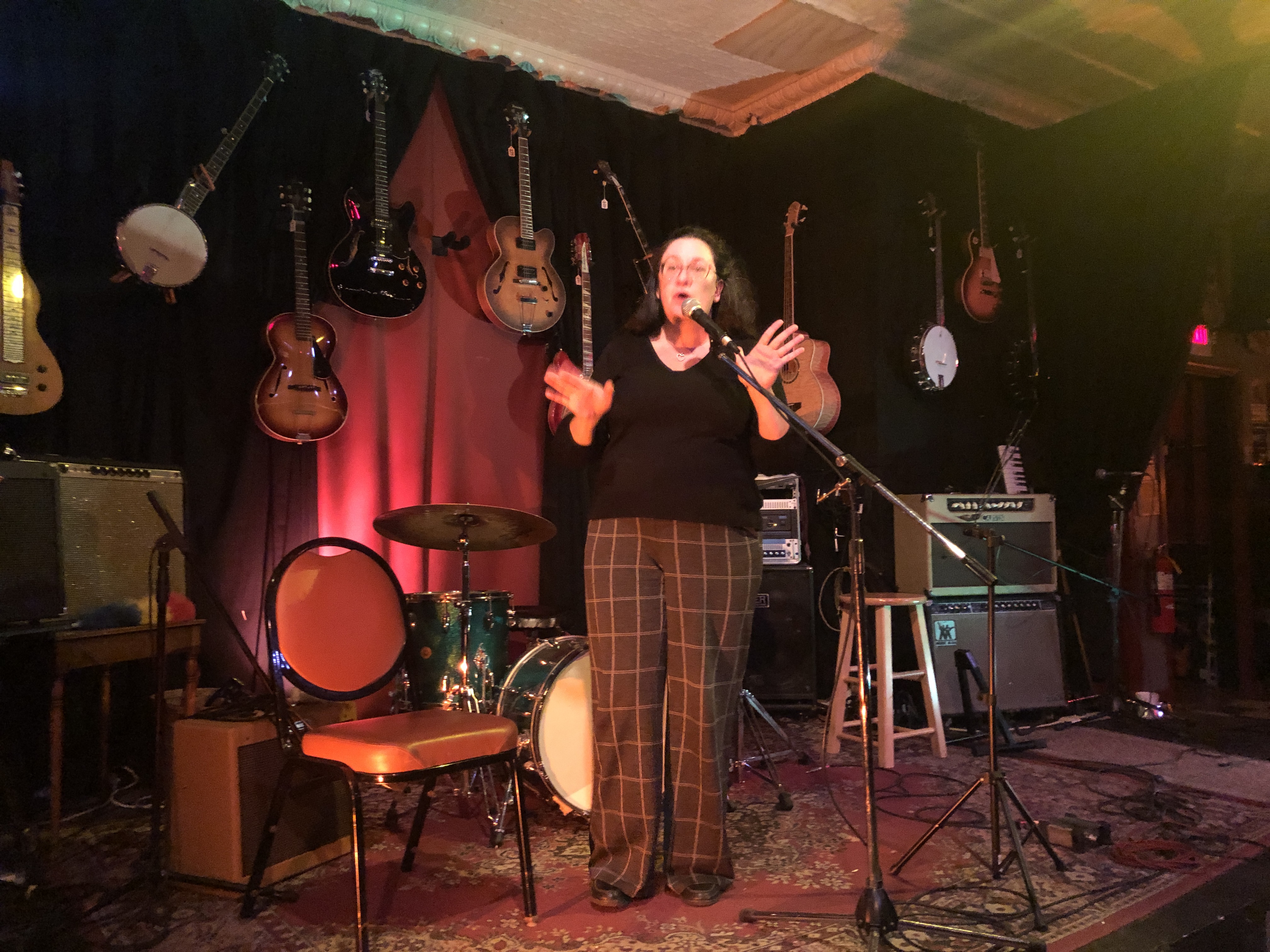 It took a while for the stories to get going, and for me it was hard to adjust to both funny, sad and poignant content.

You never know what someone is going to get up the nerve to say.  A woman named Tam told a tale of woe involving lost car keys in Yosemite. People’s lives are interesting!

Next up was a woman with a sadder story, one that made us all think about what it’s like to attend an inner-city school in New Orleans.

She was an actress and they had to perform a play in very dilapidated conditions. It was a moment of sadness in an evening of merriment, but it was poignant and we were glad to hear it.

One man, called Storyman Dan said he hosts his own storytelling gathering in Springfield. He told a long and somewhat confusing story about horse trading which had a punchline I didn’t understand but got applause.

A local lawyer gave it a shot, with a story about how he met his wife…it was in Athens, and after a local man tried to hit on her, a brawl ensued, and they ended up married.

So why didn’t I get up there and give it a shot?  I keep thinking that, do I have a story in my head?

I might just do it. I guess the thing to do is to think that your stories are worthy of an audience.

That’s the first battle. Then get up the nerve and jump up on stage.

Skating Has Always Been in my Blood Life in the Age of Cholera, er, Coronavirus