The 34th Green River Festival at Greenfield Community College once again turned into a lesson about music, and a chance to hear some uniquely talented musicians who I had never had a chance to see.  Isn’t that the best part about the festival season?

Before the show, I spent some time with Jim Olsen, the festival director, and got his takes on who to watch out for.  Our space right behind the main stage sound tent provided a perfect view and sounds of the show. Most of the acts that Jim mentioned were playing on the main stage and to a group, did not disappoint. 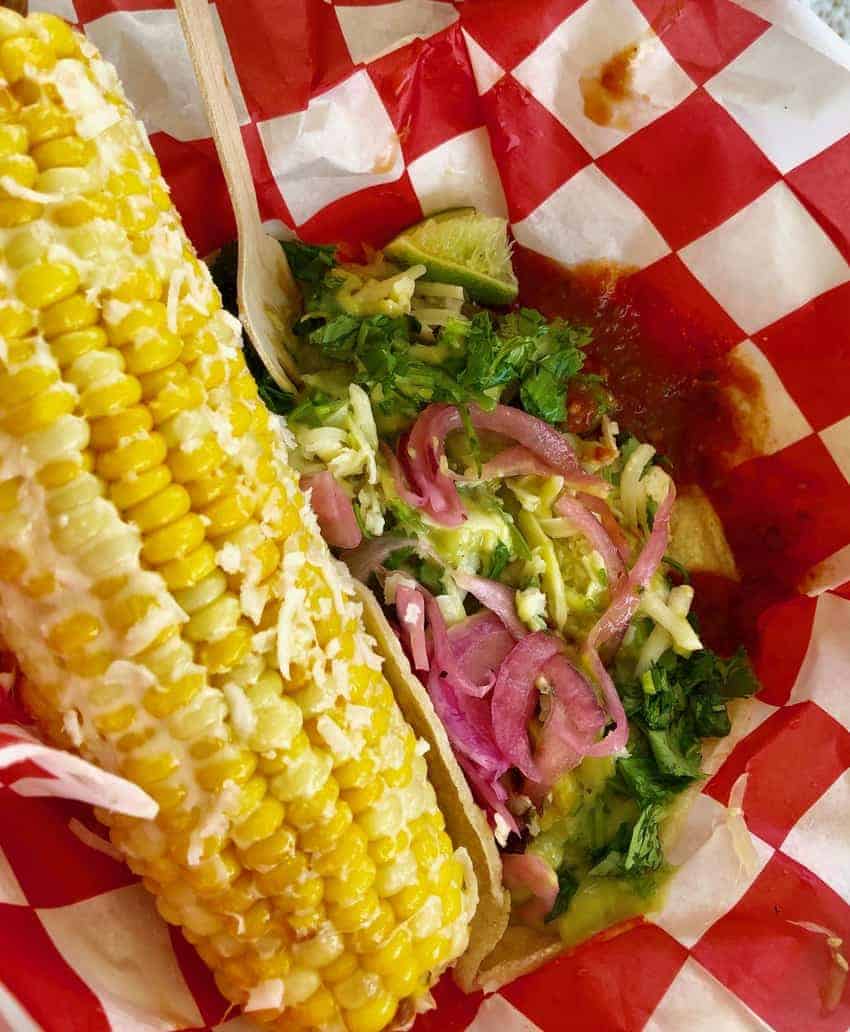 One young artist Jim raved about was Tyler Childress. As Jim pointed it, it’s the songs that make the artist these days, and some of his songs were truly memorable.  I also really enjoyed a set by Gaslight Tinkers, a group that I’ve heard of a million times, but didn’t know they were so funky and world-music oriented. Love that.

I listened to the Tinkers while enjoying this very fine veggie taco from Santo Taco, who was a new addition to the Fest food line up.  It’s nice discovering these food vendors with much shorter lines down at the lower field, which I do every year.

Another shout-out goes to Papa Dogs, whose grass-fed burgers are just about the perfect bite!

One tiny beef with this year’s selection. Now that the gatekeepers enforce the rules about bringing in wine and booze, they should really sell enough of a selection to make it unnecessary.   Most festivals allow people to buy standard red wine, white wine and beer.

But the only ‘red wine’ at the fest was a silly sparkling red, which was like sangria, and nobody wants that.  Bring some good old red and white box wine, please, and we’ll all be happier.

Another highlight for me was the show by the Suffers, who have been to the festival a few times before. Their energy and their fun show was infectious, people all around me were delighted by the wonderful lead singer, vocalist Kam Franklin. She sang a closing song lamenting their recent incident in Dallas when all of their equipment was stolen.

After a successful GoFundMe brought them back from the brink, they were happy to be performing under sunny skies, unlike in 2017 when they played in the rain.

As Jim says at the close of every GRF, that’s another one in the books. And this one will go down as very memorable, full of musical acts I’ll look forward to listening to and seeing live in the Valley throughout the year until next July!