Condos at Sugarloaf in Deerfield Sold Out

Developer Mark Wightman of Greenfield in one of the condos.

Condos Bring Many Good Things and People to Town

Mark Wightman has a lot to be proud of.  He’s created a new neighborhood in our village and so far 13 of the units have been sold to people who already lived in Deerfield!  Mark said he has sold 55 units in 12 months, showing that there is a huge demand for places like this.

I got a chance to see one of the finished Condominiums at Sugarloaf on a rainy Tuesday afternoon, following Mark’s advice to take off my shoes before entering.  The owner formerly lived in Whately, and she’s quite proud of the beautiful interior her unit has.

Mark explained to me that the timing for building this 70-unit development couldn’t have been better, there was a lot of pent-up demand and few locations offer the scenic beauty of and accessibility to the mountain, walking to downtown, the one-story floorplans.

I told him that was great timing, just as our downtown center is getting new businesses like Leo’s Table, the BBQ Place and Bueno Y Sano, the neighborhood was being created. 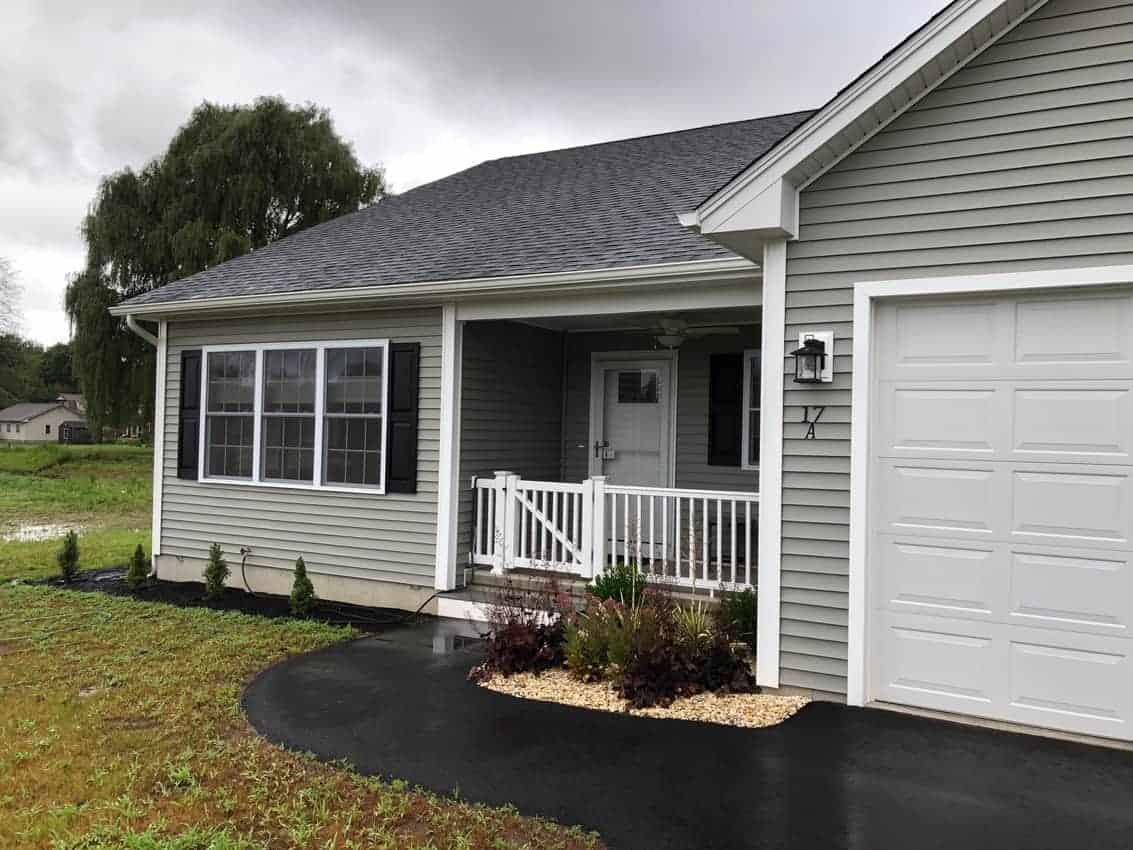 “The sales were about what I had hoped for, at the top of what I thought, which was seven years to complete the project.

We’re going to be done in four years!  We built and closed on 13 the first year, we’ll do 20 this year and 20 the next year, and 17 the year after. We will have 14 left.”   With interest rates at a startling 3.5% for fixed mortgages, no wonder they’re selling.

They are using top of the line materials all throughout, he said, pointing to the solid wood floors (not laminate) and the long granite countertops that grace the very long kitchens.  Another interesting factor is that since Berkshire Gas still has a moratorium on signing up new natural gas customers, they had five different propane companies vying for their business, and were able to

get a very low price for all of the customers who buy here.  The basements of each unit are very, very large.  Jim Foudy, who moved to the condos from Northampton, was amazed at how large the basements are. The closets are also very large, and it’s almost surprising with all of the spaciousness that it’s a duplex.

So far Jim and his wife Christine have been very happy with living in town, and with the condominium they bought.  Mark explained that the buyers have many choices in finishes and with how they design the space, some opt for full back rooms, others want half rooms with an overhead above a deck.

The basements are dry, and Mark said he had five experts come in to give him guidance about how to keep the water in the right place. 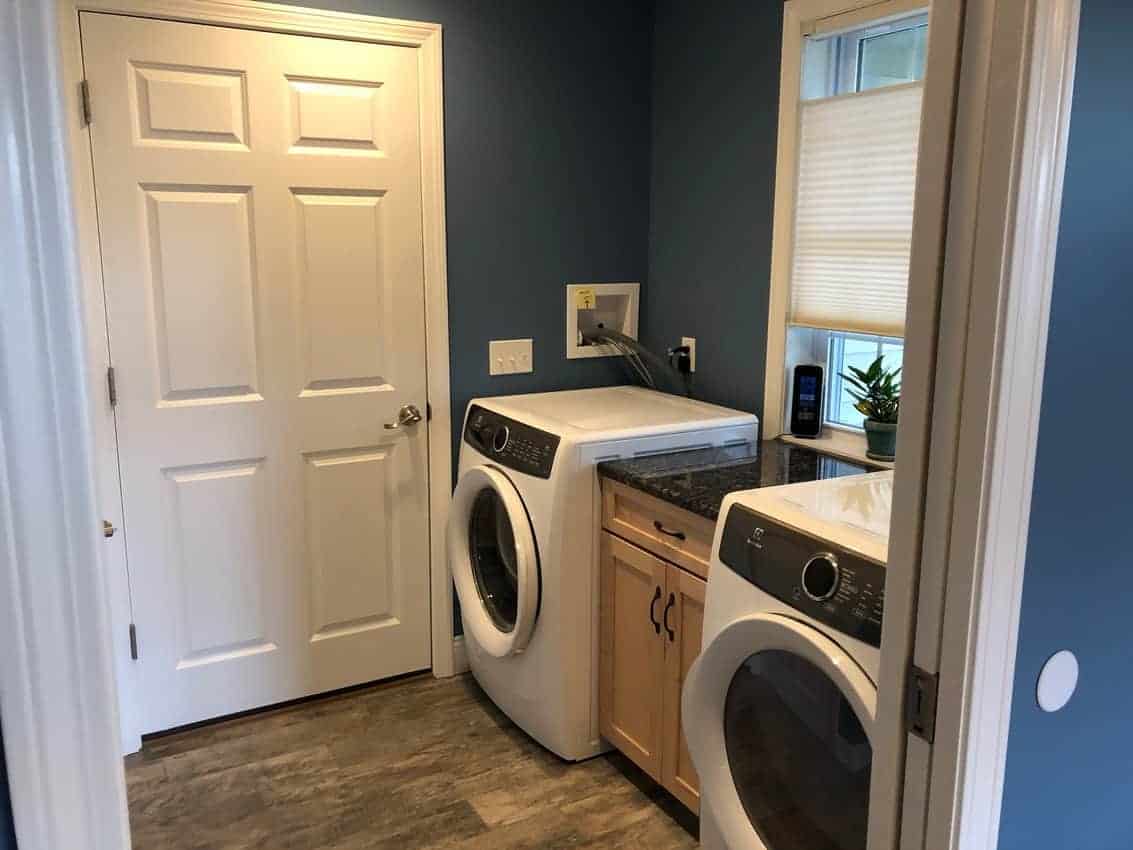 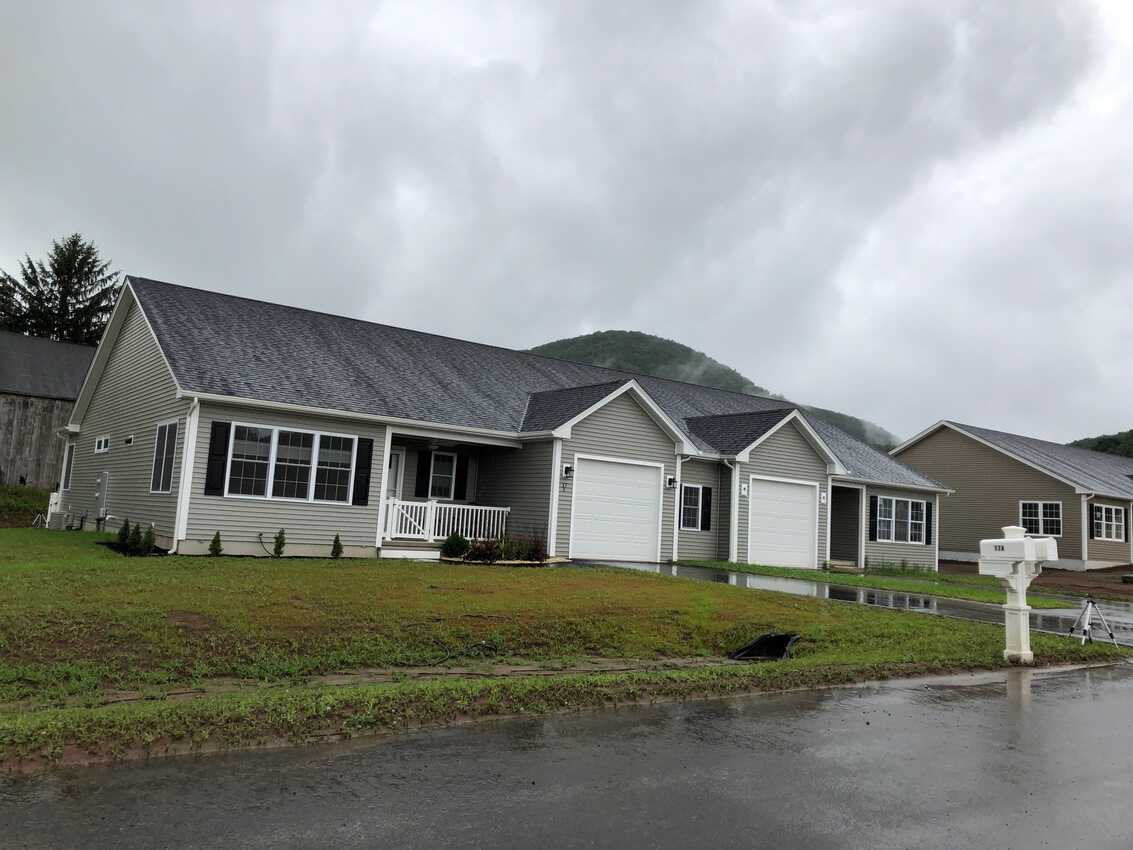 Despite the growing popularity of solar power, out of all of the buyers, only one opted to put up solar panels. Mark explained that senior buyers aren’t interested in long term paybacks.

If you bought one of these condos, you’d have to be 55 or older.  The regulations they established allow someone to live there after the primary resident passed away who is under 55, for up to one year.

Every unit has to have at least one person who is age 55 living there.  Some of the buyers have been younger than 55. Children have bought units for their parents. There will be one college-age student living there, with his over-55 mom.

The second and third final phase of the road will be paved and just about finished by November or December, and the new lots will be started up soon after.  There are only 14 left so now is the time.

I am so happy to welcome all of these new neighbors to town. I hope they discover Deerfield Now, the Facebook group that so many of us are getting our local information and updates.