Everyone has been talking about the newest restaurant in Hadley. It’s called Pulse Cafe, and it’s located where the bison farm used to be, in the big field across from Hadley Garden Center where all the Steve Lewis Subarus are parked.

Yep, that one, the one that’s been under construction or coming soon for months. I had a friend ask me for a full report and menu after I ate there….here you go, John. 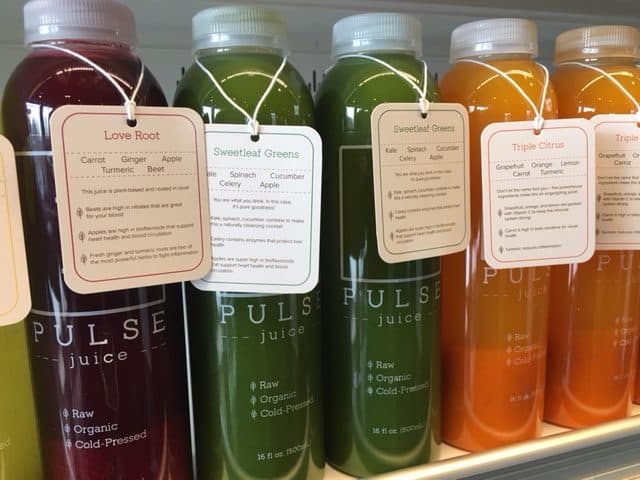 After trying to eat there several times, but choosing Friday or Saturday when they are currently closed, we finally got a chance to eat lunch there and my dining companion David Sokol and I were quite impressed.

It’s partly because David’s wife Janis is a vegan, and my Mary is very strict gluten-free. Both women would have been very happy with the menu and everything about Pulse, I’m quite sure.

One thing that Pulse has going for it is that they know what they are, and what they want to be. The previous restaurant and cafe that was here, called Seven Sisters, tried to be an upscale grocery store and restaurant/cafe, and it seemed they were overreaching.

Pulse’s owners are Ted Crooker and Keith Rehbein. Evita Wilbur is the manager.

Plans to buy farmland adjacent to their restaurant fell through, so they are using greenhouses once used to grow roses on Route 47 in Hadley.

This is straight up–a vegan restaurant with their own farm, called Five College Farms, where they are raising organic heirloom tomatoes that are soil-grown in wood-chip heated and LED light-boosted greenhouses. Their heirlooms are distributed wholesale all over the Northeast in addition to being offered at Pulse.

Diana Santos, the cafe’s marketing manager, told us that besides the focus on year-round organic heirloom tomatoes the farm manager, Arthur Mulyano, is planning on adding field crops in the form of root vegetables to use in the fresh, cold-pressed juices that are made in-house at Pulse.

Santos also pointed out that Pulse Cafe calls themselves plant-based, as opposed to vegan, because they do use honey in some of the products that are sold. Vegans do not use leather nor honey.

The restaurant’s interior is highlighted by two gas fireplaces built into the walls, and it’s very sunny and airy inside. A freezer contains a huge selection of vegan cheeses, vegan bread, and other hard-to-find products. A big area in the back is where they press their large selection of freshly squeezed juices.

David ordered a similar item, the crimini calzone also with cashew mozzarella. We both loved ours, prices were $10-11 each.

Other offerings that I think I’ll check out next time include the grilled chicken burrito with soy-based chicken, black beans and guacamole with soy cheese for $12.o0. A Seitan cheesesteak and the Pulse Burger made of black beans with aioli also sounded good, for $9.00. 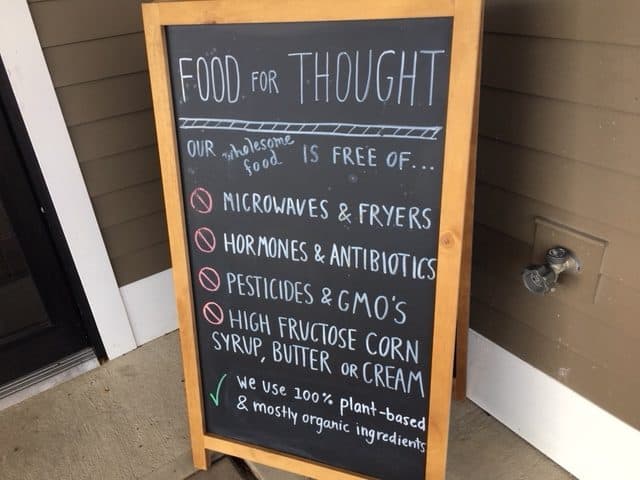 I think Pulse Cafe is going to be a very big success, because no one has ever provided such a large-scale salute to vegans as this. And as more and more people become vegan, or at least, like me, have ambitions of eating a little bit more like vegans, places like Pulse are going to become popular.

Try it out and comment to let me know what you think.