Our Excellent Interns Are Flying Off Next Week for GoNOMAD Assignments 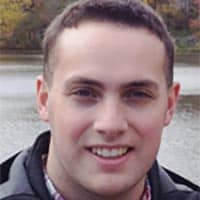 Since 2004, we have had interns from UMass who work for GoNOMAD during the school year and often during the summer.  The interns who have worked with us have all contributed mightily to our body of stories, and each of them has left their own mark.   I often marvel at how great some of these young people are at writing and at social media, and some times I am left disappointed in them too.

There is one consistency that I see every semester.  It’s the one thing you can’t really teach–but it’s something that will have an effect on these interns as they turn into graduates and then job-seekers.  The thing that’s the hardest for them to do is to come up with their own ideas for stories that we publish every day on GoNOMAD.com.

I’m happy to hand out writing assignments, and every week, at the close of our Tuesday sessions, I dutifully do this. I give each of our two interns three or four assignments to work on during the week.  But I wish they could think of their own assignments too!  When I was a daily newspaper reporter, I tell them, I had to make up my own topics. I had to come up with stories every day.  Some times the interns buck this trend and do offer their own ideas.  I heartily appreciate that.  I tell them how you have to have ideas–and that’s the most valuable thing you can offer an editor. 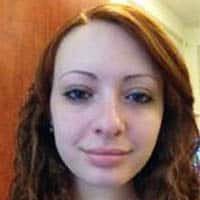 This semester I am very pleased with the two interns working with us.  Daniel Peltier and Steffi Porter both met me in BJ Roche’s journalism class, both pursued me after the class telling me they wanted to come be our interns.  Both Dan and Steffi have been writing great stories with well-polished leads, and they get all of their assignments done and always show up on time.

These two have even given me two of their own ideas for stories–and both were first rate!  Dan wrote about visiting the site of the former World Trade Center, the 9/11 Memorial in New York City, and Steffi wrote a piece about visiting remote villages in South Korea when she made a visit to see her soldier boyfriend there.

Next week both Dan and Steffi are flying out on assignments for GoNOMAD. Dan travels to Virginia and Steffi will be going to New Mexico.  All expenses will be taken care of and they will write stories about the places for GoNOMAD.  I couldn’t be more pleased to be sending them, and they both have already done some local traveling around the state for stories and are both excellent writers.