Zagreb: A City of Cafes and the Highest of Heels

We landed at the Zagreb airport and just as I got outside, we walked through a grove of oak trees, a shady oasis right next to the small terminal.  This city of about 800,000 is full of shady trees, and smells better than any metropolis I can remember visiting. It’s flowers, it’s just baked bread, it’s this hard to describe city smell that’s wonderful.  I set out on a bicycle with a small group of visitors (from Brazil and Netherlands) with Alida Merzic, who runs “Blue Bike” tours in the city to pedal around and see the city.

The color yellow figures prominently on city buildings she explained, since a monarch of old liked that color.  But first she made it clear that the people here look west, not east. “We don’t like being called Eastern Europeans,” Alida said, “The Serbs, the Turks, they were our enemies. Vienna and the west, these are our models.”

Throughout our ride she made it clear that though the war ended in 1995, beginning with Croatia’s independence in 1991, many people here still haven’t forgotten about the bombings and the people killed by the Serbs. She said she doesn’t teach her kids to hate anyone, yet there are many people here (not as many in Zagreb) who lost family and who have a serious grudge against Serbia.  All around the city as we pedaled, we saw beautiful women in the shortest skirts you could possibly wear, atop some of the highest heels any human has ever worn. It was a Saturday, and a day when many weddings take place. Besides the women dressed up in their prom finest, the youngsters too, seemed to love to wear skirts as short as they could get away with.

We passed many, many terraces, where people like to have their coffee and Alida explained that it’s ok to bring your own pastries, since most of these cafe don’t serve food. It’s a poor country, she explained, so this a la carte way of doing things is common. Even in the winter, these outdoor cafes are where people go to mingle, they pass out blankets and turn on electric heaters to keep their outdoor seating open. It gets cold here and snows often, she explained.   There are no Starbucks in Zagreb, and only a few McDonalds.

In the evening we strolled down Tkalcica street where it’s wall to wall outdoor cafes, and the buzz in the warm air was friendly, and happy.  Despite the terrible economy, and nearly 20% unemployment, these sharp dressed people love their cafes and enjoy the good life and tonight they were glued

to their sets since Split was playing Zagreb in soccer.

Politicians in Croatia, like in many countries, aren’t well respected, I learned. Last year Croatia’s president was arrested for corruption and today he’s in jail, while his deputy slid into office without benefit of election. “She always says that everything is fine, great, but the truth is our economy is terrible and most people here are broke,” said Alida. “There are so many empty shop fronts in the city, and they remain empty for decades….they are owned by mobsters, and if you asked the city whether you could rent their spaces, they would tell you ‘don’t ask us about that.’ 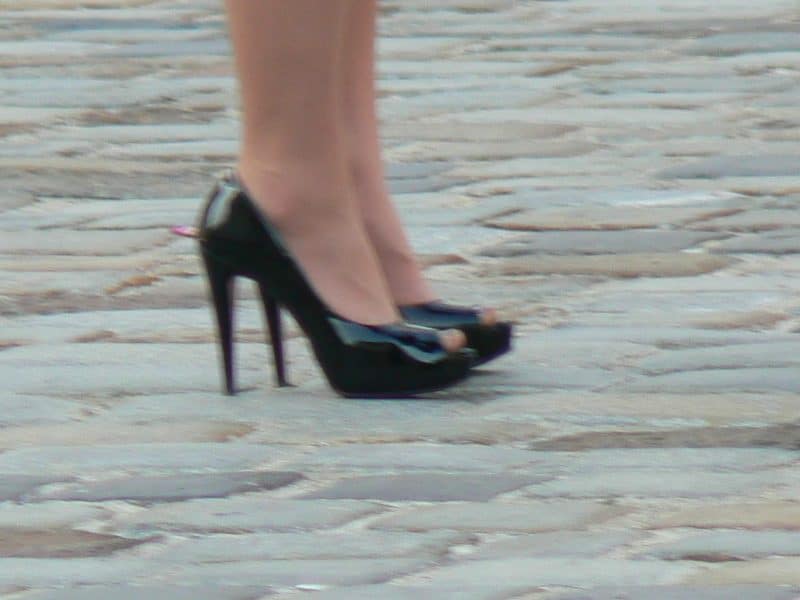 “Even Montenegro’s economy is doing better than ours!  And they are this this big,” said Alida, holding up a tiny circle with her finger. “Belgrade was voted most exciting city, and Zagreb was last…so now the tourism board has many, many activities going on, tango demonstrations, outdoor festivals, many things to get us back to being exciting.”  So far I like it!

Tonight I’ll Fly to Zagreb, Croatia and Share It With You! In New Zagreb, We Slid Out of the Museum and Enjoyed Golden Bear Beer