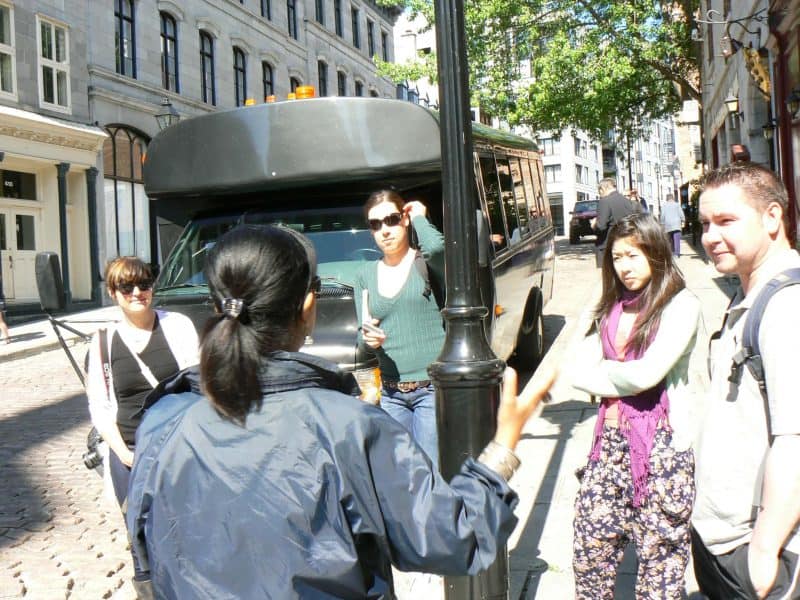 One of the best parts of a group press trip are the people you end up getting to know, who sit with you at the table, take the tours, and join you in the many activities that are packed into the full schedule.  This is the first time I’ve been on a trip where most of the writers were bicycle people.  Here are a few of my fellow writers:

Heidi Swift is a 33-year-old writer who spent many years in San Francisco as a creative type with McCann Erikson, the agency that does most of the marketing for Microsoft. She and her partner decided the costs were too high and they moved to Portland. Today she’s a freelance writer who focuses on cycling, and she’s an avid rider herself.  In her basement is a full bike repair facility, and their fleet includes more than twenty bicycles, from cruisers to sleek road bikes, to specialized cross trainers and mountain bikes. She rides cyclocross races, travels with her own bike helmet, and seemed very at home on our 20 km night ride last night.

Sarah Ripplinger is also a bicycle writer, but she covers a different niche. She’s the editor of the print magazine called Momentum, which is distributed free in Vancouver and across the US in bike shops, and is geared toward bicycle commuters. The magazine’s cover story features devoted bike rider David Byrne, who wrote The Bicycle Diaries about the times he takes his fold-up bike around the world when he travels.  It’s hard to believe this gorgeous glossy mag is free, but six times a year it comes out with all sorts of tips, new gear reviews, and interesting features about the lifestyle of riding a bike to get around.

Mike Starling is a sports writer, not specifically a bicycle writer, who runs Sports Travel News out of London. He also is an online editor for the Times of London.  He and his wife are about to embark on a 10-month trip, starting in Japan and circling the earth.    Another Londoner, Amanda Khov writes for Women’s Fitness magazine, and hadn’t spent much time on a bike, yet she had a great time during the 20 km ride last night.  Her favorite sport is Thai Boxing, and though it’s hard sometimes for her to find opponents in her weight class (flyweight). She learned how to box in Thailand and wants to travel more and continue to hone her skills.

Bryen Dunn’s business card describes him as an innovator. He has his own copywriting shop and focuses on writing about biking for outlets in and around Toronto where he lives. He told us about a choice he and a friend made a decade ago…it was either get a tattoo or jump out of a plane, solo. They chose the latter, and he blacked out just after jumping from the Cessna–but woke up with the shoot deployed!

Bill Scheller is the guy about my age–well, he’s got a decade on me, but he rides like a 40-year-old. He writes coffee table and travel books and has been in the writing game for many decades. He told me about his stint on Jeopardy when he ran into the gauntlet that is 75-time champion Ken Jennings.  He’s written lots and lots of guidebooks and a fascinating series of books such as “New England on five shillings a day,” and other historical travel themed tomes.  He lives in Waterville Vermont where he said the biking is tough…but this trip just might convince him to get a new bike and get out on those hilly roads once again.

You’re Bashar al-Assad, and It’s All Going Downhill in Syria He Cackled With Delight as the Waves Engulfed Us