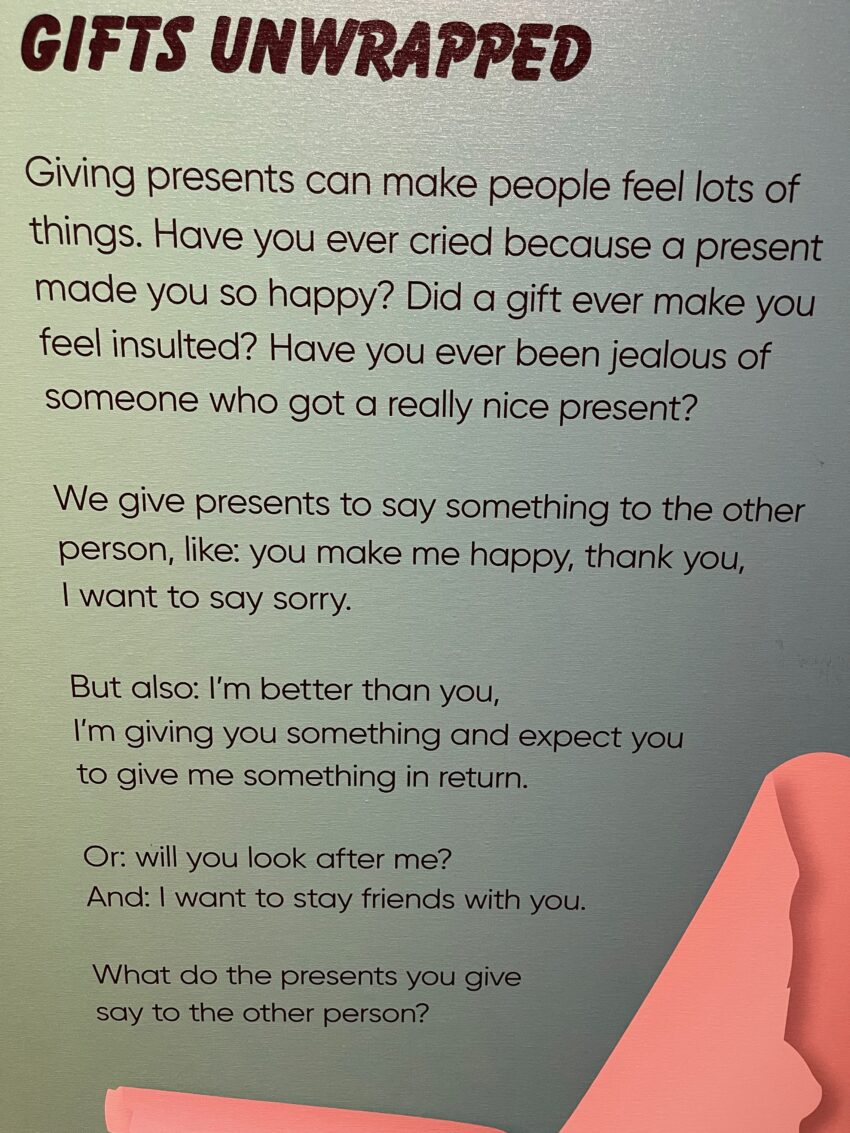 I got a chance to spend time in Amsterdam after my Netherlands cruise on Scenic and the city left me with a fantastic impression.

I can’t recall a city with more vibrant energy, so many people coming and going and the average age is only 38.  There are at least 100,000 students here and it shows.

I saw so many of the famous Dutch cargo bikes, the electric-assist bikes with the big old wagon up front where the kids sit.

I did the right thing when I rented a bike from my hotel and set off to see the city like most everyone else.

Having the bike made the distances seem so much less difficult, and I really covered a lot of ground when I biked to the Tropical Museum on the other side of the river.

This museum is about the colonies that the Dutch once had, with a lot of cultural and interesting sociological exhibits.

One focused on the idea of giving gifts, what it means to the giver, the receiver, and in general.

They include examples of gifts given to US Presidents and examples of how much they cost. It was very interesting.

I biked around and around and saw hundreds of people cruising the canals in rented boats.

It seems like that’s the thing to do on a Sunday, pack up the drinks and motor around the vast series of canals here. Everyone was out there!

I always feel pretty challenged about where to eat when I’m in a city with so many choices…so I settled on croquettes at a little cafe and then came upon a gigantic street market that stretched for many blocks.

Here I bought the traditional Netherlands snack, Stroopwafel, filled with Nutella for 2 euros.  I love just strolling a market and this one went on and on with every manner of item for sale.

I had to stop and watch when a few guys were engrossed in a chess match in a coffee shop. It was a bloody battle that came down to the final king versus king.

When I finally returned to the Yotel, I spent some time working and then found a very cool spot for dinner. It’s called PLLEK and it’s made up of containers and right on the river.

They have sandbags to use for sitting out by the water and inside there is a huge bustling bar with an interesting menu. I did hope to eat mussels on my last night in the country but the wild boar sausage and frites filled the bill.

At the bar I met a young woman who was on vacation to go to raves and EDM parties.

She had just returned from Ibiza where she said the biggest rave club has an admission charge of 90 euros with $15 drinks. And everyone is on Ecstasy and the DJs are world famous. Then she was headed to an all-day EDM concert in Belgium. She was enjoying her time in Amsterdam by herself while her other buddies stayed in Ibiza for more raves.

She told me she bought magic mushrooms at one of the many mushroom stores here. But I never saw them and well, maybe next time!

Netherlands Joys on Scenic Cruises Pass Over at Chester: Bold and Real