We flew from Halifax NS to the farthest east you can travel on land….just four hours from Ireland, the far eastern side of the big province of Newfoundland.

When I asked some travel friends what I should be sure not to miss in Newfoundland and Labrador, one man advised me to step into Labrador. I didn’t realize that to do that we would have to drive our rented Ford Focus about ten more hours. We’re at the very eastern side and the town at the top of the straight that divides the two landmasses, Saint Anthony, is 11 hours up by car. So that isn’t happening.

The bones of a local whale laid out in one of the exhibits at The Rooms, St John’s, NL.

We did stumble upon a magnificent series of museums and art galleries at The Rooms, a huge building with a killer view of the Narrows, where huge ships enter and exit the port.  The Rooms include an area devoted to the Irish immigration that brought thousands of people here during the 18th century and showed where the ships came from and explained that the English always chose the best harbors but the Irish were great farmers so they made up for it in potato fields.

We drove south for about 27 km to the town of Mobile and then to Bay Bulls, where we chatted up the friendly people at the Foodland supermarket. We had a good laugh with the clerk and other customers, we found that wherever we went in the province, people were ready to either help us or have a laugh.

Although our whale and puffin tour got canceled due to mechanical problems, it was all good as we had time to wander along the coast and enjoy the scenery.

Later that evening, we walked about 100 feet from our hotel, the Murray Premises, to a lively waterfront restaurant called St John’s Fish Exchange.

You know how some restaurants are just happening? Even on a Tuesday night, it was clear we’d made the right choice. We dove into local mussels and plates of locally caught cod. Delicious!

We also met the purveyors of legal cannabis in the city, the shop called Tweed is the upscale version and the one called Health Cannabis. Like everyone we met here, the budtenders were friendly and no one even asked us for ID. What a difference from our strict Massachusetts laws. 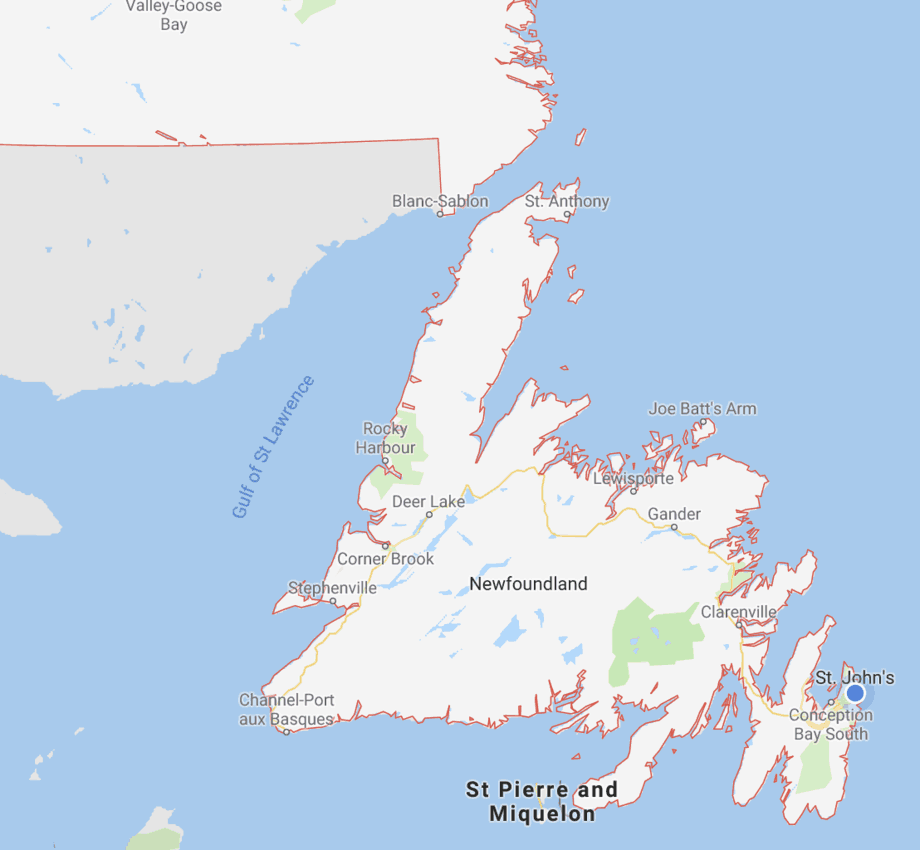 We highly recommend the Fish Exchange. Our friendly server told us more about the Broadway play, “Come From Away” about the passengers who had to stay in Gander NL after 9/11 forced all of the airplanes out of the sky.  It’s played to rave reviews in New York, London, and now it’s on to Australia.  This play has been a big shot in the arm for NL, just like Anne of Green Gables was for Prince Edward Island.

Laguna’s Pageant of the Masters: A Remarkable Show Bonavista and Port Rexton on our NL Road Trip