Armagnac is the Lifeblood of Le Gers in Southwest France

Throughout my visit here in Le Gers, Midi-Pyrenees, there has been one consistent element that has bound together every person we met, every place we saw, and even what we ate. That has been the ancient, sacred drink of Armagnac, which we have sniffed, sipped and quaffed in elegant salons, mold-covered barns, dark ancient cellars and in rustic tasting rooms. Even the little railroad track machines we rode in Nogaro are named for this 40-47% alcohol distilled beverage.

It’s as much a part of the fabric here as the ducks, the fois gras and the almost-lost language of Occitan.

As a journalist, you have to pace yourself. it’s pretty tough to quaff down even a sip of something that strong before noon. And after one vintage, there’s always another year to try…and another. From the Bas 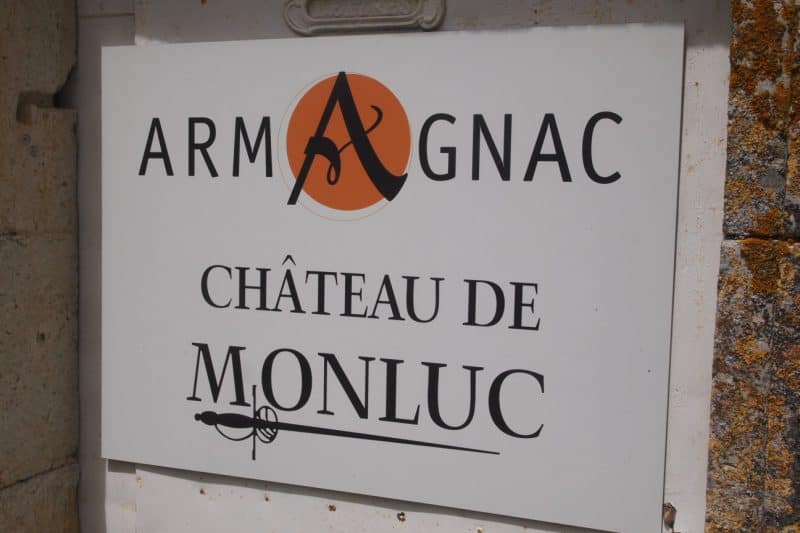 Armagnac to Tenareze Armagnac, to the tiny sliver of the market called Haut Armagnac, it’s woven into the culture.

Yet even fans of the stuff admit they only drink it occasionally. It’s not really the drink you turn to every night for cocktail time, it’s more of a celebratory drink or an accompaniment to a good cigar. In fact one winemaker told us how he blows cigar smoke into the Armagnac to enhance the flavor!

One of the interesting things I found this week was how Armagnac makers are adapting and finding new markets for their product. One place that’s consistently proving a growing market is Russia. There, people love marking anniversaries and business milestones by gifting the appropriate year in Armagnac.

So a ten-year-old Armagnac is the perfect gift for that 10th anniversary. Many upper class Russians have spurned their native vodka for the more classy and European Armagnac. One maker ever labels it as ‘the anti-vodka’ in its un-aged state, the eau-de-vie that comes out of the distillery before the barrels turn it amber.

China was once a big market for Armagnac–dignitaries loved the red in the packaging, and makers experimented with more decorative bottles, not the regular wine bottles marketed in Europe but different shapes, like Cognac bottles. They found that the words X-O and VSOP were more important than the word ‘Armagnac’. But this all crashed when a Chinese law changed and it was no longer legal to present government officials with even a small token of esteem like a fine bottle of Armagnac from France. In a move to curb corruption, gifts were banned and there went the Chinese Armagnac market.

But what’s next? What will be the next growth avenue for the drink? One place that Armagnac makers see hope is the popularity of whisky with many young drinkers. People love high quality boutique products, so Armagnac fits a good niche. They also have found that as volume has gone down, revenue has stayed the same or risen because the higher priced vintages, the older wine, is selling more. Once people enjoyed 3-4 year old bottles but now they pay a lot more for 12, 20 and 25-year old ones. “We are like haute couture,” said Jerome DeLord, one of the largest producers of Bas Armagnac. “We will never be like Cognac, they sell 180 million bottles a year versus 6 million for Armagnac.”  He is confident that his eight-month old daughter Clothilde will some day join the ranks of the family business.

Nearly every house producing Armagnac is a family business, it’s made by mostly multi-generational producers. Just about every maker we visited had a long lineage and grand-pere, pere et fils were all part of the business. In the town of Condom, in the cellar where Chateau Cugnac Armagnac is made, proprietor Jacques-Francois Ryst has an oval portrait of his great grandfather glowing above the screen where he shows a movie about making Armagnac to visitors. He’s found a niche in the tiny 5 cl bottles of Armagnac that he stocks  from every year going back to 1905. They sit on a shelf, and most of them, he said,  are never opened.

The rolling hills of Le Gers and the climate is perfect for growing and enjoying Armagnac. It’s also great poured on top of ice cream too!

She’s Bluer than Blue at Bleu de Lectoure in Le Gers, France Coimbra Brings the Past to Life with Striking Buildings and the World’s Best Library