Why Are High-Paid Editors Uploading Jpegs and Podcasts? 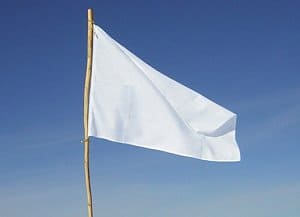 Douglas McLennan, editor of ArtsJournal.com, pops the Newspaper business right in the kisser with his thoughts on Poynteronline today.

“Newspapers started out with enormous advantages going into the digital age (remember “content is King”?) and have squandered it while others innovated. To take even one small example: there isn’t a single newspaper that has figured out a really usable way online to find out what’s going on tonight without lots of clicks and searching. So dozens of upstart online companies are finding a big audience. What a missed opportunity.

How many newspapers have reconfigured their staffing to reflect the new hybrid print/online reality? Why are high-paid editors and reporters uploading jpegs and podcasts when digital assistants ought to be doing the mechanical tasks? Fast-moving web companies have learned to move with audiences and make those audiences part of a community. Newspapers, for the most part, hold on to rigid models and jump on new tools (everybody blog now!) without understanding how those tools can be used.

If I was pointing fingers, I’d aim squarely at the business managers who are so locked into the old ways of doing things that they don’t even understand what the new issues are, let alone solutions to them. Journalists are being failed by those whose job it is to figure out the business side, and now journalists are paying the price for that lack of vision. Like somehow cheapening the product and giving readers less is going to attract more customers.

To speak directly to the rant about Google: Google is an infrastructure, potentially the best friend any content producer has at the moment. Google sends floods of traffic around the internet in search of content its users want, presented in ways they can use it. Newspapers have always been about finding a readership and advertisers who want to reach those readers. There shouldn’t be a conflict here.

Google is a reality. Any news organization that wants to make it in the new digital world better find a way to work with companies like Google and the next YouTube rather than thinking about “class-action suits.” Jeesh!”