GM Deserves to be Swallowed by Toyota 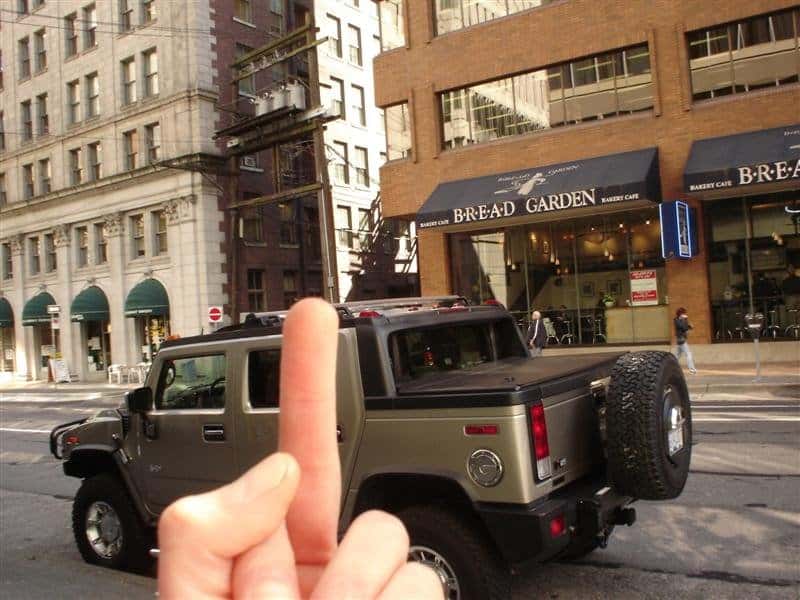 I sat outside the cafe today, rain threatening, since reading the paper out there helps bring people in. The Republican had Thomas Friedman’s column about the Big Three automakers, again, making a mistake. He chided them for their recent ad campaign, where they give away gas cards to keep the price at $1.99 for anyone who’ll buy a gas guzzling Tahoe, Hummer, or other large GM Car.

Encouraging Americans to drive more, he says, is like giving booze to the alkie. It’s just the wrong idea. Friedman believes we’ve got to get the taxes raised to get the price up around $3.50 a gallon. While no politicians dare bring this up, this is where oil has to be to really kick alternative energy and fuels to the market.

One of Bush’s most egregious errors is how he has refused to even consider serious conservation efforts. Remember he’s the one who suggested that America go shopping after 9/11, that’s the remedy. Watching the corruption of the establishment on fuel economy and how deaf they are to this real problem is sickening.