A visit to Marche including meeting Doriano Marcucci

My hostess in Marche Italy, Cindy-Lou Dale, arranged for an outing with the lovely Alessia Brugnoni Tomassini, who runs a tour company here called Marche Full Experience.  She wanted to show us some of her favorite haunts, and we met her then drove to a tower in Petritoli, one of the hundreds of hilltop towns that dot this scenic landscape.

Like so many of these small March towns and villages, the streets are all narrow and the buildings are sturdy limestone or granite.  The tower was one of the first places we set out to visit and we climbed up 200 steps to get a look at the impressive 360-degree view from the windy top.  It was a perfect day, with a clear sightline showing the green bumps and tilled earth of Marche surrounding the town.

We had a coffee in the village, one of many we’d down during the day, with the proprietor of a printing press museum, who told us about how he invites school kids to come and see how he takes the wooden moveable type letters and prints posters, on paper that is made in Marche.

The other highlight in Petritoli is the magnificent Teatro Comunale Dell’Iride, which dates back to the year 1200.

An almost miniature version of a grand hall, the building has box seats for aristocrats, a tiny center floor seating area, and a painted ornate ceiling of angels and symbols.

We had much more to see and do and set off driving. Around every corner, we could glimpse the sea and the rolling farmland.

As is traditional in rural Italy, lunchtime is a big meal. In our case, it would be a VERY big deal. We pulled into La Fonte di Mose restaurant in Torre di Palme.

After greeting the proprietors, we plowed through nine courses and turned down the last course of fried fish.

It was an all-seafood menu, and it was quite apropos since right down below us was the Adriatic.

Despite what seemed like an endless mountain of food, each course was extremely tasty and not too big.

So it was the same amount of food you might get at another restaurant, just plated and served one by one with elegance.  Passarelli sparkling wine complemented the fresh seafood, which included calamari, salmon, octopus, and even bacalau. 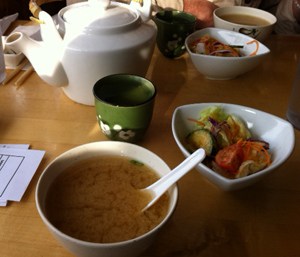 It was all superb and memorable, down to the dainty desserts at the end. We inhaled more coffees and got back out into the countryside, as we had more places to see and people to meet.

In the town of Montegranaro, we met up with Doriano Marcucci, who greeted us in his leather jacket, scarf and a broad grin. He is a handsome 60-year-old with the confidence of a person who knows who they are and feels good about it.

We had struggled a bit with the GPS in the dark, and his warm demeanor put us at ease. We were there to see his shoe-making workshop.  But first, he wanted to play some of his musical instruments.

First, he played a jazz standard on the trombone, accompanied by the stereo. Then after answering some of my many questions (“What is the most expensive shoes you ever made?” $200K for a rich Arab), he got down on the floor to play didgeridoo. OK.

He’s been making shoes since he was a young man, it was a family business, and he’s become a celebrated master craftsman.

The men’s shows he produces are nearly museum pieces, made from python, elephant, and other exotic hides.

Though he has become famous for the shoes, he said it’s a lonely profession, toiling by himself in the shop for more than 30 years.

He yearns for company and is branching out to make music a bigger part of his life.

It’s his music that excites him these days.  He plays with a local group and was glad to tell us that he’s going be performing on RAI television in Italy next month.

We repaired to a local pub for snacks and wine and more conversation, and we didn’t want to say goodbye to our new friend in Marche.