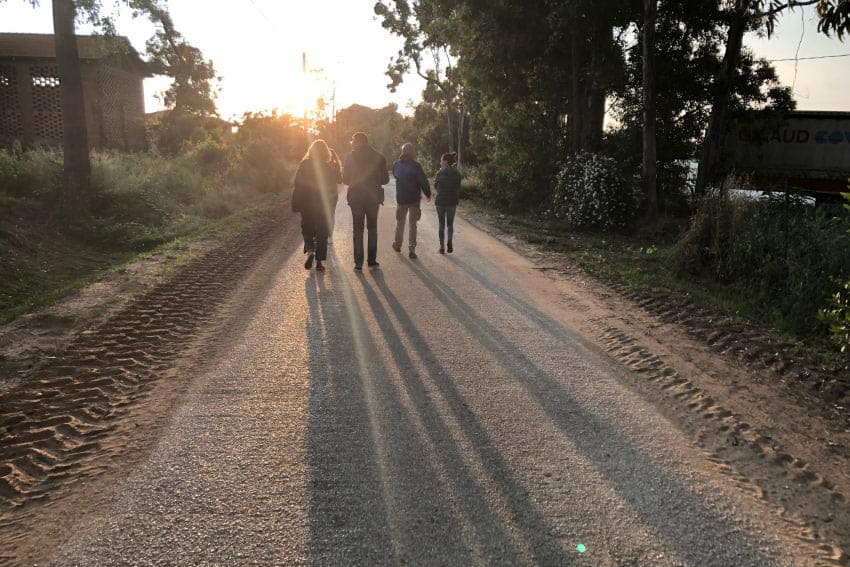 I landed in Rome after sleeping a few hours on the Dreamliner. I was ready for what I knew came next in Lazio Italy after we sat beneath a canopy at an agriturismo and ate lunch. We would be riding electric bikes through the nearby fields toward the four lakes of Circeo National Park, next to a strip of dunes and then the sea.  We are about 40 minutes south of Rome, along the coast.

These Specialized e-bikes are at the top of the line, they cost about 5000 euros each. The battery packs are built right into the frame and they can go about 140 km before needing a recharge. The beautiful thing is that you only get the power when you pedal. No coasting here, only a bit of a reward in a pulse that propels the bike forward much more than what you get from the pedal.

This part of Italy is all farms…most of the crops are grown under plastic domes, and the different vegetables they grow here include eggplant, zucchini, melons and many others. The sandy soil was once covered by the ocean.

The path we followed, zipping along on our ebikes, meandered through the fields and then we took to a road next to the sea.  The narrow dunes looked and are fragile, that’s why every beachside restaurant uses porta potties and generators…nothing is permanent here.

Rainbow over the Agriturismo where we stayed in Lazio, Italy.

I am here as one of the testers of a series of ecotours that all center around the Mediterranean sea, called DestiMed.

My colleagues are people who work for other parks, travel agents and officials who test other programs like this.

This is a fun bunch and different than the journalists I usually travel with because none of these people wants to one-up me with tales of recent travels!  We had a fascinating discussion at the first night’s dinner about what life is like in Albania with Tatiana who lives there and works for a national park.

It sounds like despite shedding the famous dictator, it’s still a tough scene and very partisan.  These glimpses into life around the world is one of the best things about travel!

Two Weeks of Italy Adventures Ahead! Lazio is a Perfect Place to Test out a New Eco-Tour