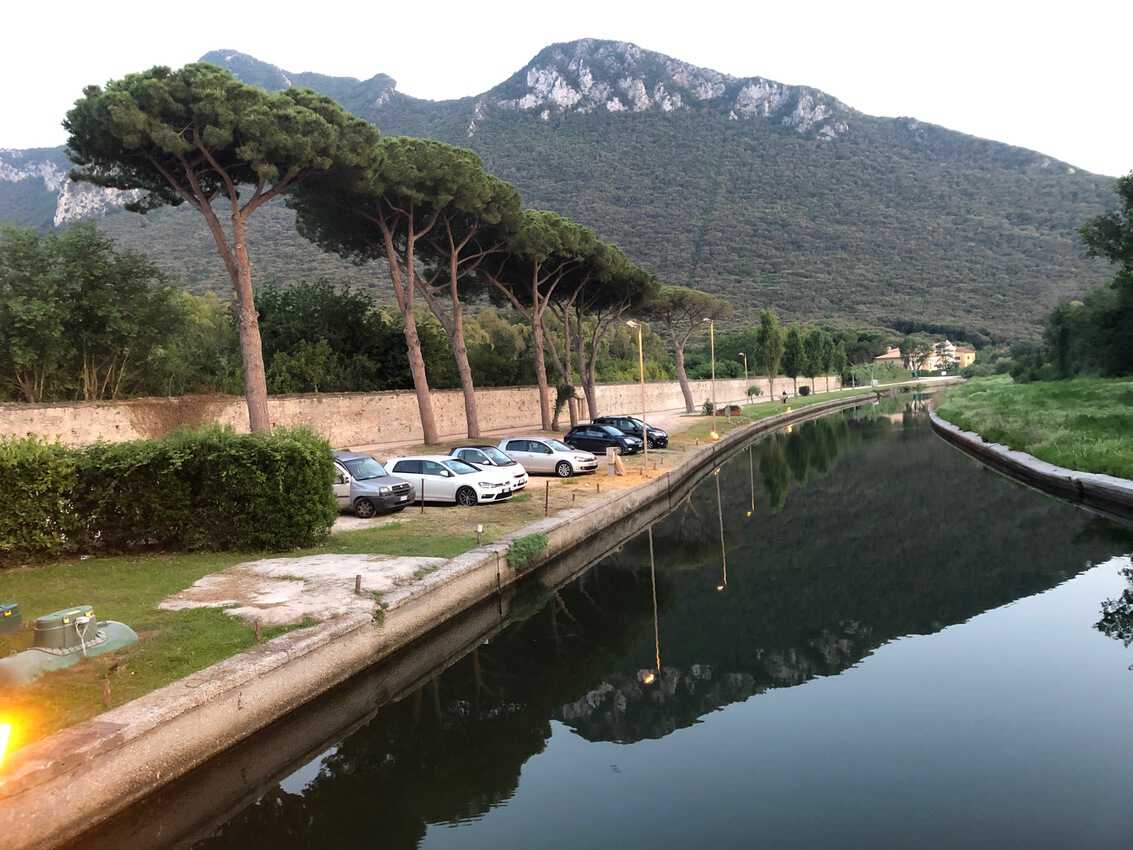 In the company of a group of environmental consultants and staff members of parks around Europe, we made our way by electric bike back into the pine and oak forests of the Circeo National Park in Lazio, Italy. The park runs along the coast, with a thin strip of dunes and on each end, a mountain.

We climbed about two-thirds of the way to the top of one, Mount Circeo,  a few days ago, and then we got a chance to bike through the canopy and see some of the animals that live there.  These include a whole lot of wild boar, as well as fallow deer and smaller creatures.  We got an up-close look at a few boars who were penned up in an area for injured animals.  They look like pigs on steroids with their ferocious long snouts and grunting demeanor.

This part of Italy is not as well known as other regions, and there are a lot of impressive things to see and dramatic vistas.

The land is fertile farmland and greenhouses are everywhere in this alluvial soil, once an ocean was right here. Circeo National Park offers steep hiking and views of the Mediterranean, and it’s a perfect place to enjoy an ebike experience.

From the first time you feel the propulsion that you get every time you pedal, once you ride an ebike it’s damn hard going back to a regular bike. You still have to pedal but nothing is difficult, even steep hills.

We wound our way through farm fields of the Agriturismo where we stayed until we reached a big house in the woods. This is a center that provides photos and information about the great malaria problems and the many deaths that resulted in the early 1930s.

Much of the wetland was subsequently drained, and the US assisted Italy by applying toxic DDT to so many areas that the malaria problem was solved.

The wetlands were called the “swamps of hell,” because of the mosquitoes and the impenetrable barriers that four feet of mud and reeds can create.

Farmland has replaced much of the swampland but what remains is a thriving habitat for many bird species and other animals.

Find out more about these eco-tours around the Mediterranean at https://destimed.interreg-med.eu/.