La Piscine: A World Class Museum in a Swimming Pool

In Roubaix, a small town outside of the city of Lille in the far north of France, for decades the hard-working locals enjoyed a municipal swimming pool that offered them luxurious baths for both men and woman.

It was a town full of textile factories, and the need for bathing was acute.  In 1927, work began on the large facility, built to resemble a Cistercian abbey.  It was abandoned in 1985 when the textile mills had closed up and people no longer needed the public baths.

In 2001, the vast space was combined with an adjacent weaving plant to create a museum out of the baths and large industrial buildings next door. It was called La Piscine-Andre Diligent Art and Industry Museum.   In 2016, another ambitious expansion started with competition among architects with Frenchman Jean-Paul Philippon winning the bid. 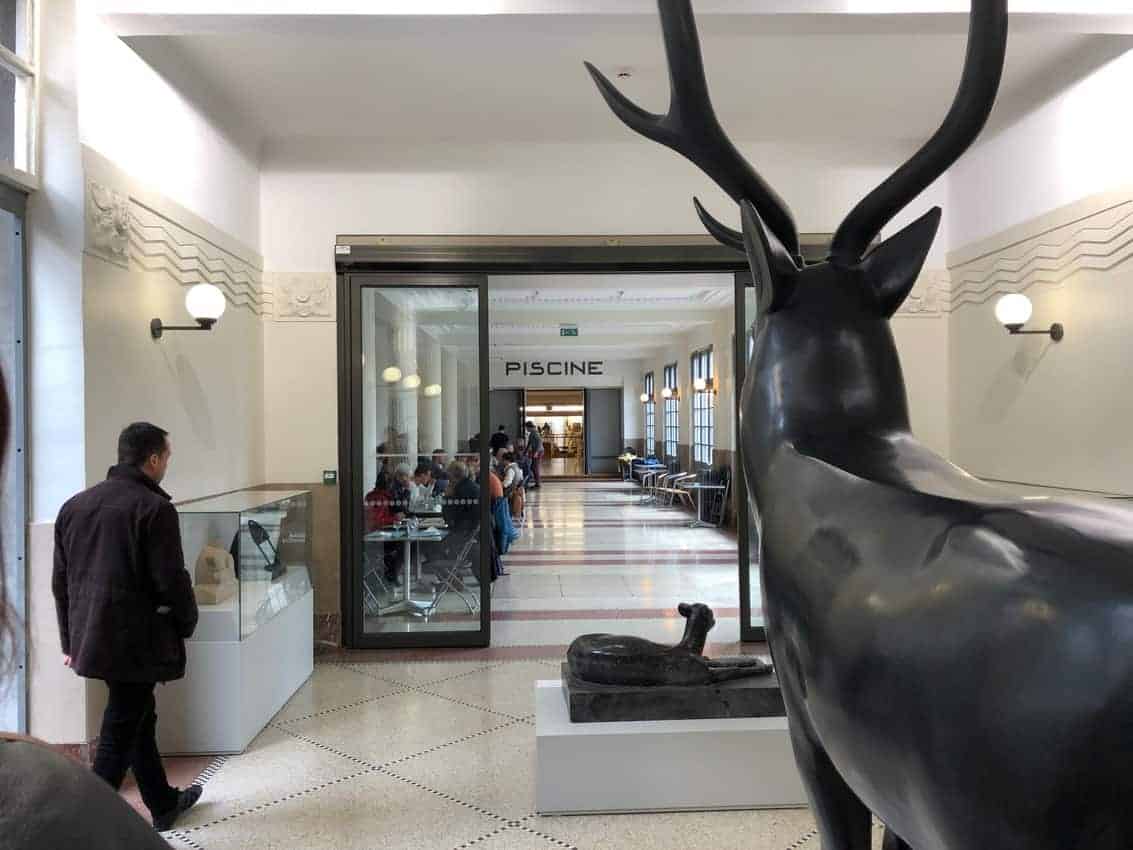 On October 20, 2018, today’s museum was unveiled to the public, with thousands of square meters of more precious paintings sculpture and other artworks on display.  There are 71,696 different pieces of art in the collection of 1,461 artists.

Today the museum sees an average of about 230,000 visitors, and that includes 50,000 young people. One of the things that surprised me about France was how interested young girls and boys are in viewing art, and even in listening to the art described in the devices that are provided in museums like these. As I struggled to keep my interest in an exhibit by Delacroix, boys and girls of ages 7-10 listened intently to their devices as the stern narrator teased the essence of the artists out.

It was both delightful and sad to compare these sophisticated kids to the youngsters I know in the US.  Take one look at the average French elementary school lunch menu, and again you’ll see that these kids act like grown-ups and it shows.

Versailles: A Whole Lot to See, and a Palace The Stranger in the Woods