Some Random Thoughts about Traveling in Turkey 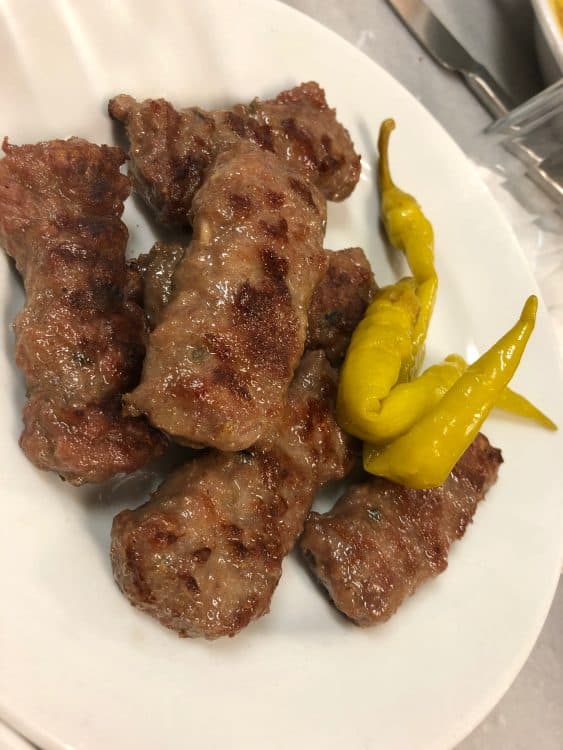 Random observations after a week of traveling in Turkey.  One of the things I heard from some people who I told I was visiting this country was fear.

To date, I can’t see why, since this country gets 34 million tourists a year and is very well set up for tourists. I haven’t ever been afraid, nothing has made me afraid.

Turks are very friendly, and tourists are made to feel very welcome. Some of the little things I noticed were consistent at every stop we made.

The restaurants usually only have little tiny paper napkins that are in dispensers on the tables.   Salads are nearly always served with too much vinegar on them, chopped up finer than what we are used in the US.

Every meal starts with interesting little tidbits like stuffed grape leaves,  bowls of mixed nuts, white bread, and usually some sort of yogurt or bean dip.

I had a tendency to chow down on the appetizers, forgetting that soon they would be bringing around more plates. They always bring many little plates, you never have to ask anyone to pass anything because there’s always another bowl within reach.

The go-to meal here are grilled shish kabobs, most often served without the sticks still attached.  Simple grilling with lemon and spices made for perfect meats, lamb, chicken and beef. More lamb than any other meat, sometimes served stuff with chopped pistachios.

In the country, it’s common for locals not to speak English.  Even bus drivers and taxi drivers.  People sit and stare at their phones here, just like they do in the U.S.  Even old guys do that here.

Bidets were installed on every toilet I used in Turkey.  A little silver faucet down low was the key, and just like in Japan, they make you wonder how you ever got along without them.

At many houses and shops we saw portraits of the stern-looking Ataturk, wearing his conical hot, but no photos of Erdogon, the current hard-line president. Nobody talked about politics, except in the context of the ski area we visited and how it was funded by the local city government.

One thing we were told several times is that Turkey is not a 99 percent Muslim country. Religions like Alawite, Christian and even some Jews are still around.  It’s more diverse than the current government would like to admit. Businesses often refuse to serve alcohol, not because people don’t drink booze, but because in order to work with the government, you have to act like it’s not ok.

A national effort from the top down to be more religious and more Islamic has pushed back the social norm, so there are more headscarves and less alcohol even though most people here don’t think it should be banned.