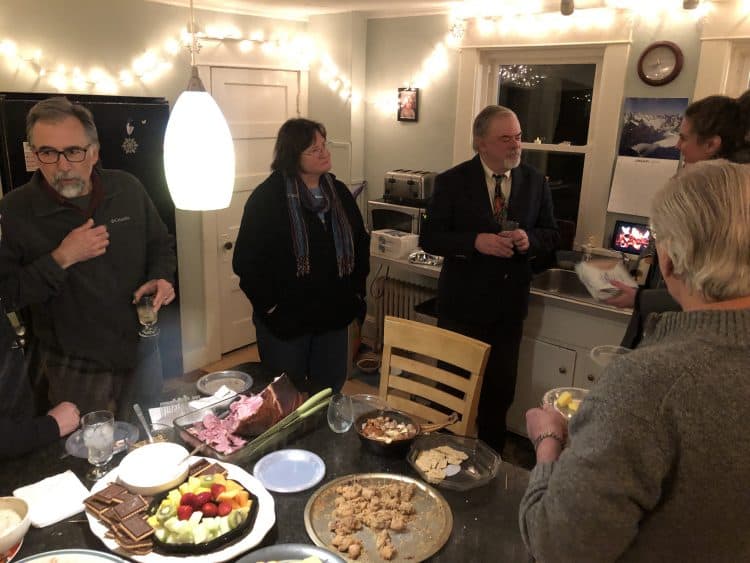 It’s time for my post-party wrap up and look back. I am very, very happy with how the Christmas Cocktails party worked out for everyone. 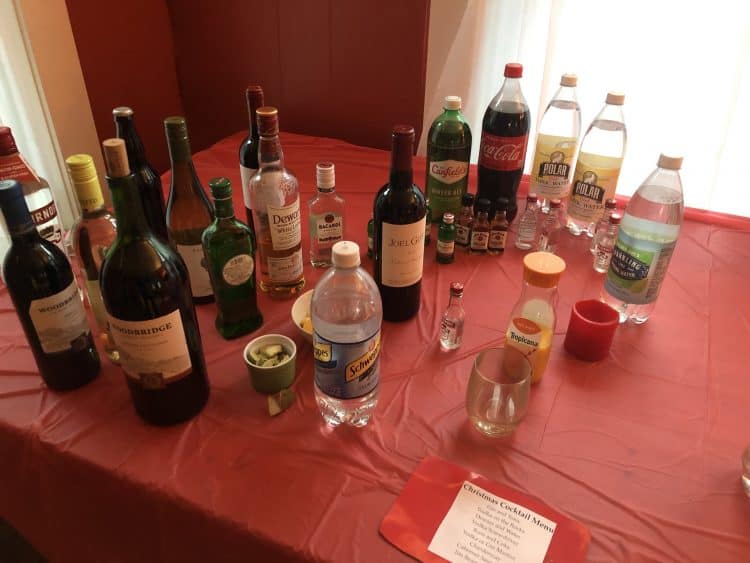 I sweat and anguish over party details and so often I think that there isn’t enough food, or not enough booze.  The crowd was just as big as I expected, around 12-14 guests, and nearly all of them arrived right on time. That’s one of the cocktail party rules–no sitting, arrive on time, and don’t worry about bringing food.   I was convinced that there wouldn’t be enough booze, but as you can see by this day after photo, that was not an issue. 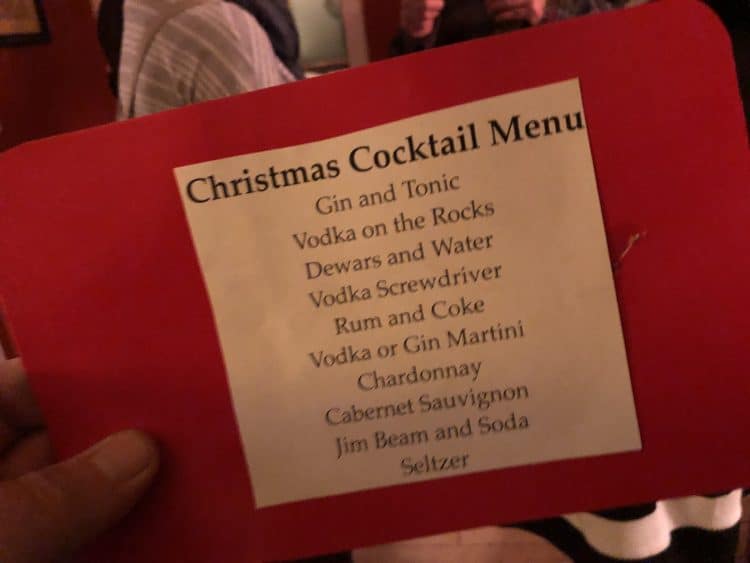 I did a tally and realized that people drink far less than I thought. Maybe my friends are just polite party animals…But I had many, many nip bottles leftover and nobody even opened my back Smirnoff Vodka or the second large bottle of Chardonnay I had stashed in the fridge.

I was a bit disappointed in a few people who I invited but who never ever replied. Are there that many party invites in their lives, they can’t even acknowledge that I am inviting them?  I guess it’s because I would never spurn an invitation, I would make an effort to go, or at least thank someone for inviting me. But people are busy….yada yada.

I made things a bit easier by making a little cocktail menu….I didn’t want everyone ordering drinks I couldn’t make. My little airline bottles got a few chuckles, too. I think people like seeing menus and follow along without a problem.

Anyway, I am so happy to see Jack and Laura, and Jack and Julie, and Ed and Ineke, and Paul and Diane, and Kate Lawless and Greg Lauzon, and Rachael and cousin Steve. You’re all da bomb!