One Ferry Street: Rejuvenating a Decaying Mill to Glory 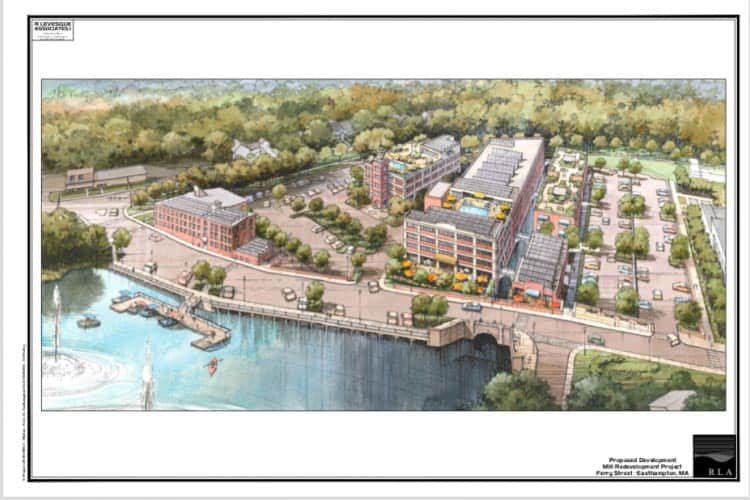 Easthampton will soon see a depressing and abandoned mill turned into a huge new housing and retail complex starting next year.  The news is more good for this up and coming community, which has seen so many great new developments in the past few years.  The story on MassLive yesterday detailed the exciting developments that must be making Mayor Nicole LaChapelle pretty darn happy.   Here’s a snip from the story.

“The project, which could cost up to $43 million, “includes the demolition, restoration, and construction of select buildings and site improvements to allow for a variety of uses,” according to a special permit application submitted to the city on Tuesday.

Documents show a 310,000-square-foot project with. Sixty of the units would be affordable as “workforce housing.”

I keep wrestling with my interest in living in a place like this, compared with where I live now.  I’m not anywhere near anything as cool as Eton here in South Deerfield, but then again, I have a four-bedroom house with a garage and a nice private yard.  I always wonder how much of my stuff I could ever actually fit into a place like a 2-bedroom city condo. It would be purge times 1o!

Then again, I’d kind of like to live on a bike path, and in a town where I could saunter up to a cafe or see a concert and get there on a bike.  Maybe I should start purging now, who knows maybe I can squeeze into a cool new condo in a rejuvenated mill!

It’s doubtful that I’ll be moving there, but I am intrigued by this new trend of mill development for city dwelling. No more suburbia sprawl, instead, infill to wasted spaces like this 1903-era factory complex.