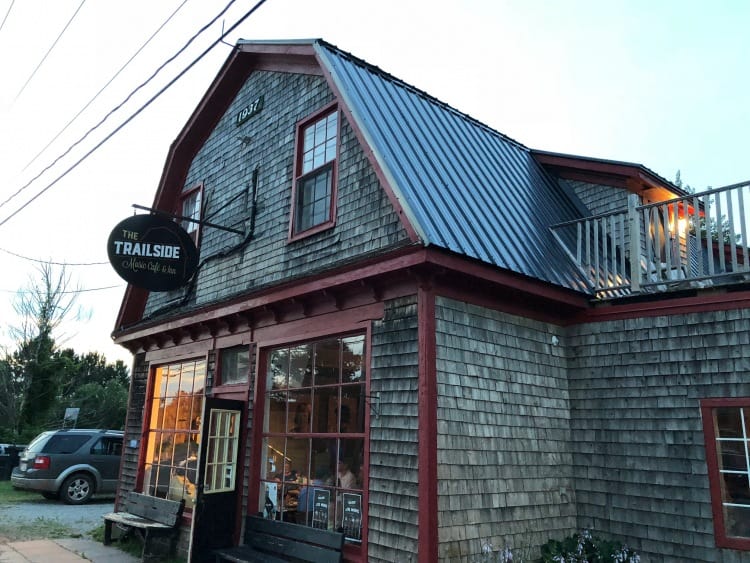 The Trailside Music Cafe & Inn brings great musicians to an intimate venue where everyone gets a good look at the performers up on stage. Located about 25 minutes outside of Charlottetown in the town of Mount Stewart, it’s a sweet spot for anyone who loves good music and comfort food.

As they say, ‘it’s just you, the musicians, and the warmth of good food and drink’

We dined on chicken curry and pizza, and the evening’s entertainment was stellar: JP Cormier.  He was joined by Bill, an old picking buddy wearing overalls, who provided a perfect balance on his own guitar.

The name derives from the location, right next to the famous Confederation Sentier Trail, a gravel 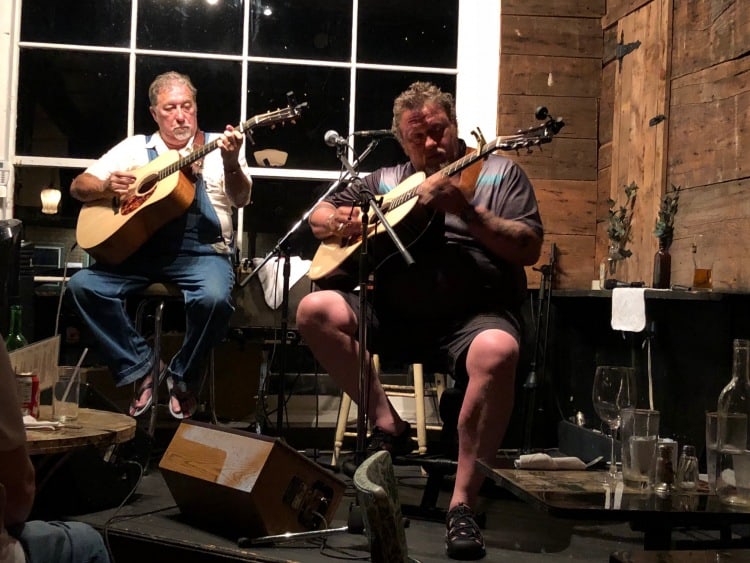 bike and walking path that winds its way across the island from Tignish to Elmira.

JP complained about the mosquitoes and the unusually steamy weather and jokingly apologized for having to wear shorts up on stage, while he picked sweet tunes from his guitar.  He shared a story about how Gordon Lightfoot called him and told him about how the Halifax Symphony was planning an entire production based on his music, and how much that meant to the 80-year-old Canadian legend.

A highlight was an early number, the Bob Dylan song, ‘Don’t Think Twice It’s Alright,” where the pair’s guitar prowess and sweet singing really came together.

The Trailside & Inn is open all day and night, and the music goes on seven days a week.

Island Summer Review: A Cracking Good Time Valley Bike Share: A New Way to Get Around