How Didi Chuxing Crushes the Car-Sharing Competition Across China 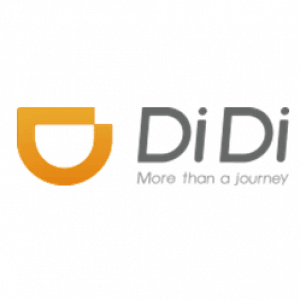 Although Uber gets most of the headlines, there is a giant bear that dominates the car sharing business in China called Didi Chuxing.  Apple recently invested a billion dollars into the company and now Uber has bought a share of the competitor too. Their president is a woman named Jean Liu, and she was interviewed recently by the Wall Street Journal. Here is some of what she shared about the company, which offers 20 million rides every day across 400 cities all across China.

The interviewer noted that Didi is the only company to have bested Uber, most other competitors haven’t even been able to come close to the market-leader. How did Didi do that?  Liu answered that with this volume of rides, in a place like Beijing that is 20 times the area as New York City, and has a population equal to Canada, it requires a very sophisticated level of algorithm and a system to make it work.  A lot of what makes Didi work is by predicting how many rides will be needed in different city blocks, in 15-minute segments.

Didi plans to become a global player, after mastering what some say is the most competitive and toughest market in the world already.  Liu said that one of the benefits of all of the data about driving and driver patterns in China they collect is that they can use that to help train the artificial intelligence of robotic cars so that they will evolve and be safer for passengers.

“Economically, I just think it makes a lot more sense for autonomous-driving technology to commercialize first though a ride-share network, given the scale that we are talking about.”  Still, Liu said she thinks that robotic autonomous cars are still quite a ways a way, since ‘people’s tolerance for humans to make a mistake is very different from a machine making a mistake.”

Kent St. John Left Us with a Legacy of Travel Writing and Heart Days of Thanks Begin Early on Turkey Day