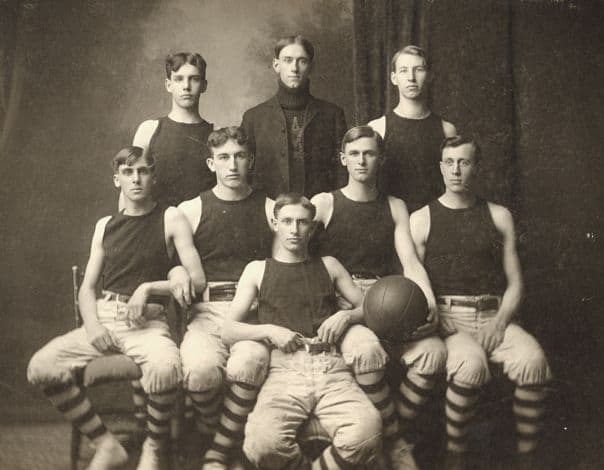 We went to the French King Restaurant in Erving on Friday night, where a band was playing that Mary and her friends used to enjoy listening to at Deja Bru a few years ago. I ran into Les, a guy who helps organize a basketball game at the Greenfield Middle School, and who has been playing there for more than 30 years. I spent a few years playing that game with Les and my friends Bill and Charlie, and I asked them about what it was like these days. Les is 68 and many of these men are well over 60.

“It’s better than ever!” Les said. “And some of the players who show up now can dunk!”

He said that recently, a trio of some of these African American 25-year-olds squared off in a game against these old white guy friends of mine. Les said they played three games up to 25, and every time the old guys beat the young bucks.

“They had one guy who kept trying to dunk, and he kept missing. And they had this other guy who was a real gunner, kept shooting, not passing. Then they got to fighting among each other because they were so mad to be losing to us old guys,” Les said.

After three full court losses, the elders challenged the young’uns to another game. “They said no, we don’t want to play you guys any more.”