The Building that Elvis Has Left in Shreveport

The Municipal Auditorium in Shreveport is famous because it’s where America’s favorite singer, Elvis Presley, got his big start.  We toured this beautiful edifice built in 1929 today and got a chance to go backstage and see the dressing rooms and even listen to a few tunes sung by an Elvis look-a-like.

The building was famous before the King set foot there in 1954, because it was the home of the Louisiana Hayride, a radio show there that featured stars like Johnny Cash, Hank Williams Sr, Kitty Wells and George Jones. The show as considered a crucial stepping stone to the venerable Grand Ole Opry–if you could get a big audience applause here, you’d come back for an encore and really earn that $18 that they paid singers back then. 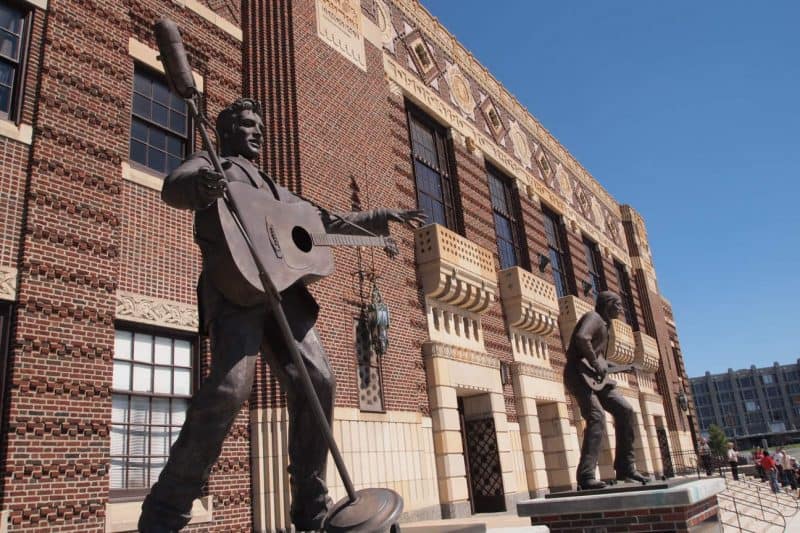 The Muni as its  known, seats around 3200 in a circular arrangement, with removable seating down front, and today it hosts popular music acts as well as Rotary Club Meetings and functions. People love to stand in the doorway on stage right where so many stars families used to watch the performers. The acoustics are first rate–in fact Eric Clapton composed on of his biggest hits just sitting by himself on this very stage.

It was built without air conditioning, which down here in Louisiana is quite a challenge.  It wasn’t until 1956 that the main part of the arena was cooled down. The tour included a chance to sing in a group up on stage, and see the many different parts of the big arena including the dressing rooms, backstage where there are still the primitive levers controlling the lights, and a wall with famous signatures like Jerry Seinfeld’s scrawled on it. 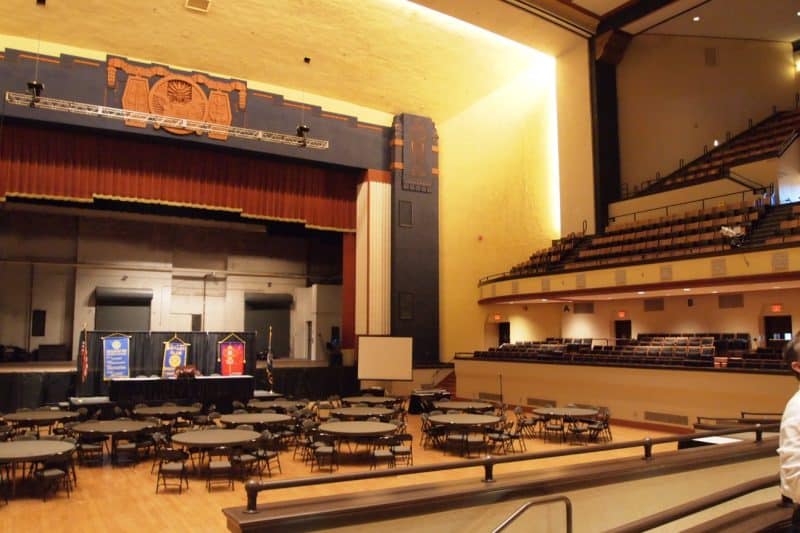 But there was once top secret work that went on here: “The filter ladies” were locked down in the basement during WWII and charged with drawing the maps that were used in the Normandy invasion!

With its decorative panels up on the ceiling that resemble wagon wheels and the ornate front inscribed with word memorializing WWI’s fallen soldiers, it’s a beloved building that Elvis had a contract to play every Saturday night for 18 months, until the Colonel bought out his contract and he went on to stardom.

Groups are welcome to contact Teresa Micheels at 318-518-5027 to set up historic or even ghost tours of this fabulous shrine to music. Oh yes, doors open at random and they say that seat number 37 is haunted.