Manitoba Legislative Building Is a Treasure Trove of Mason Secrets 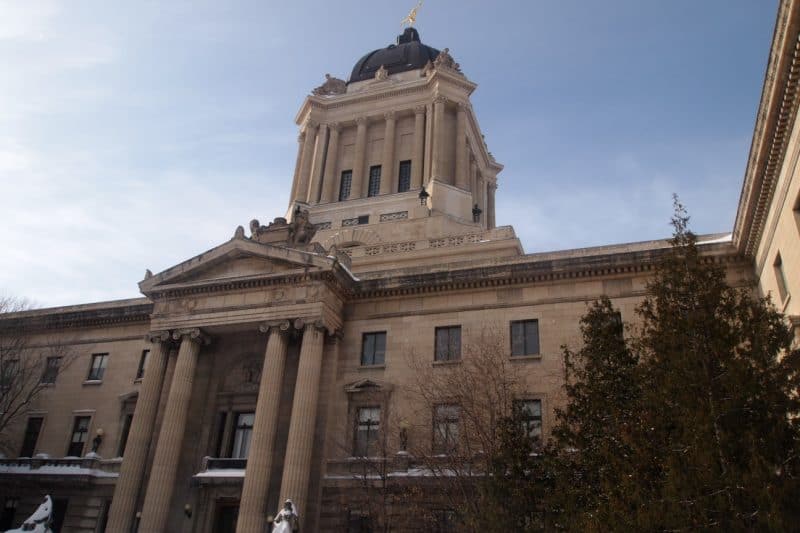 Don Finkbeiner has a favorite place to take his tour guide clients when they visit Winnipeg.  He showed me the Exchange district, the city’s bustling arts and entertainment area, as well as St Boniface, the French-speaking community across the Assiniboine River. He talked of the incredible wealth that came to this city in the late 1800s through the 1920s. 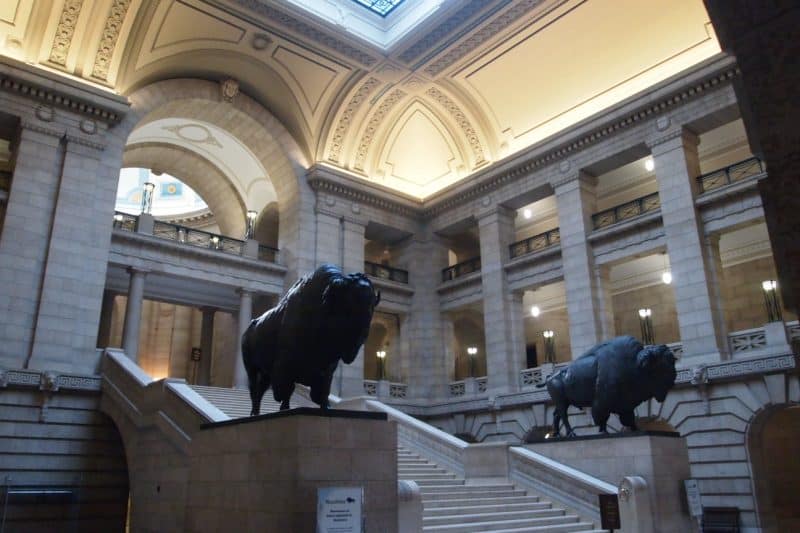 Then he showed me what he considers the city’s most magnificent building.

His enthusiasm was contagious as we made our final stop on a city tour of this city of 750,000.

The Manitoba Legislative Building, a magnificent neo-classical building, was built of Tyndall limestone on 30 acres of parkland on the north bank of the Assiniboine River.  He’s toured it hundreds of times and still finds the little quirks of the architect’s hand endearing. 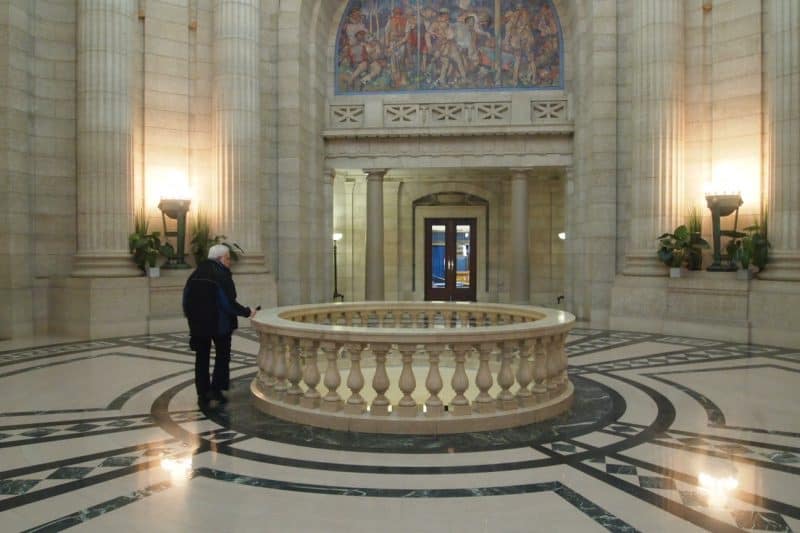 t all comes from the mysterious world of the Free Masons, of which the designer, Frank Worthington Simon was a proud member. You see, the Masons are all about numbers, and geometry, and there is a wealth of symbolic units of five and eight in this vast marbled edifice. Count the lights….five here, five there. Look at the gargoyles in the central hallway, designed to ward off the devil, and up at the top, Medusa, snakes coming out of his head and all.

At the building’s very center, there is an eight-pointed star, and when you stand in the center, you’re directly underneath the gold-plated statue of Hermes who adorns the 80′ high tower at the top of the building. When you speak from this spot, your voice is amplified dramatically, and up above you is a circular hole,  and above that is the very center of the huge dome. Everything, it seems, in the building has something to do with numbers, classical architecture, and religious symbolism. 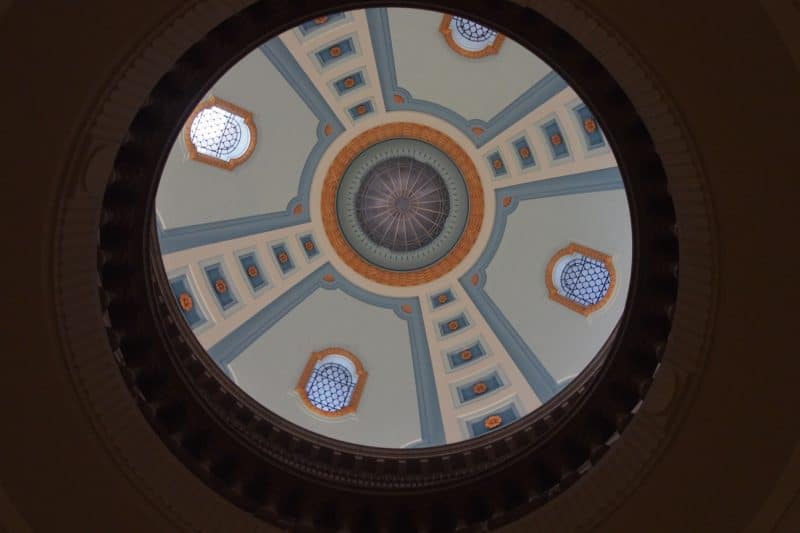 Look up at the mural near the circle looking down at the star and you find a man holding his hands up in the Masons’ gesture.  Jesus, too, and Mary and the baby Jesus are all in the mural, but it’s so subtle that no one noticed this until decades after the mural was painted. Don took me into a room that we had to have a guard open for us. It’s the office of the lieutenant governor, used only a few times a year for bill signings etc. and there is an arc of the covenant in this room….it’s just on the outside of the building, carved into the marble, guarded by an Indian chief and a helmeted warrior.

The  mysteries go on and on, and they are all explained in a marvelous picture filled book called The Hermetic Code, researched  by Frank Albo a reporter for the Winnipeg Free Press.  Like Finkbeiner, the author was intrigued by what he had read about Simon and uncovered a treasure trove of the many secrets that the building holds after years of exhaustive research.