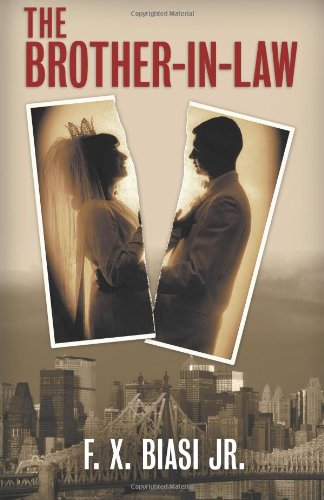 Bart LaRocca had a problem.  It started when he decided to marry his high school sweetheart, Gina, who he was crazy about. But she had a family who was connected to the New York mob.  In F.X. Biasi Jr’s book, The Brother In Law, a complex story is retold through the eyes of a man who is writing a book about how one of the biggest mobsters on the East coast was finally taken down. He was a classmate of Barts, so he is trusted. He’s also an attorney.

Biasi sets the scene with an invitation to come to Portugal.  All first class air, all top notch hotels, and all paid for by the mysterious man who wanted to have his story written right.  He includes lots of details, like the “$10 Seiko knockoff watch” that Bart looks at, or the elaborate scheme he creates to extract revenge on his cruel mobster brother in law.

The story bounces along and we are taken back to Bart’s high school days. He was a great athlete and many of his fellow jocks stay in the story as he goes to Vietnam and in his business life after that.  We pop back and forth between long chapters about Bart’s troubles with his brother in law, Nicky, and the present day when Bart is squiring them around Portugal in order to tell his complete story to the author.

I found this book exciting every time I picked it up, I wanted to find out how it would end, and I loved how Biasi weaves characters in and out, and provides so many details about the rich lives of his characters.

At the end, he schemes with a former girlfriend to exact revenge…but wisely, the author doesn’t have his character simply blow the brains out of evil Nicky.  That would be too easy, and by then we know that a man of Bart’s character would not do that, instead he figures out an even more satisfying revenge.

How Do You Remember Someone? A Memorial for Our Friend Joe Time to Dig a Garden…but How Big Should it Be?