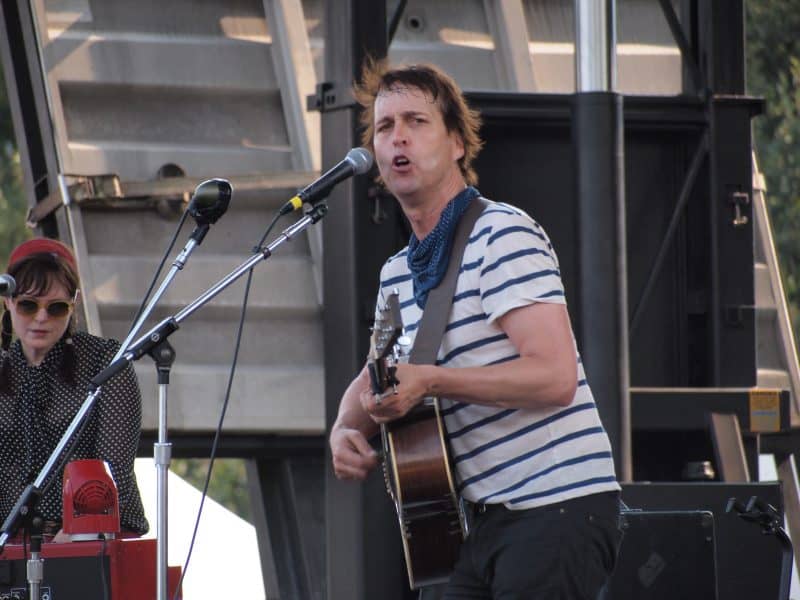 Another Green River Festival is in the history books. Today once again I had to admire Jim Olsen for the acts he finds and brings together year after year. It’s his reach of bands I’ve never heard of who so often are unique and different, and just plain amazing.

Some of this year’s highlights were the Rebirth Brass Band and the closing act, Ozomatli. Just as we were getting ready to pack it in, and light raindrops began to fall, it was time for the wake-up call.

Latin beats reinvigorated the crowd, and though it had thinned out, there were still plenty of people who wanted to dance. Ozomatli with sax, trumpet and a topless hunk playing percussion and singing, roared on stage and grabbed our attention. The hard driving first merengue and later and infusion of hip hop and Latin styles got people moving to the beat. Nobody cared about the raindrops, they just danced.

Other standouts from the weekend was the jamming grooves of Pokey LaFarge and the South City Three. Lake Street Dive also had some particularly memorable sets, they were far more compelling in their set here than in the other local shows at the Voo when I wasn’t as impressed. But on Saturday they earned their accolades.

Where does Jim find these bands? Where did he first hear the Rebirth Brass Band? Maybe it was the New Orleans Jazz and Heritage Festival, or maybe Spotify? Keep up the great work Jim, and Becca and to the hundreds of others who made another fantastic fest happen.