Whatever Happened to the Golden Boy? 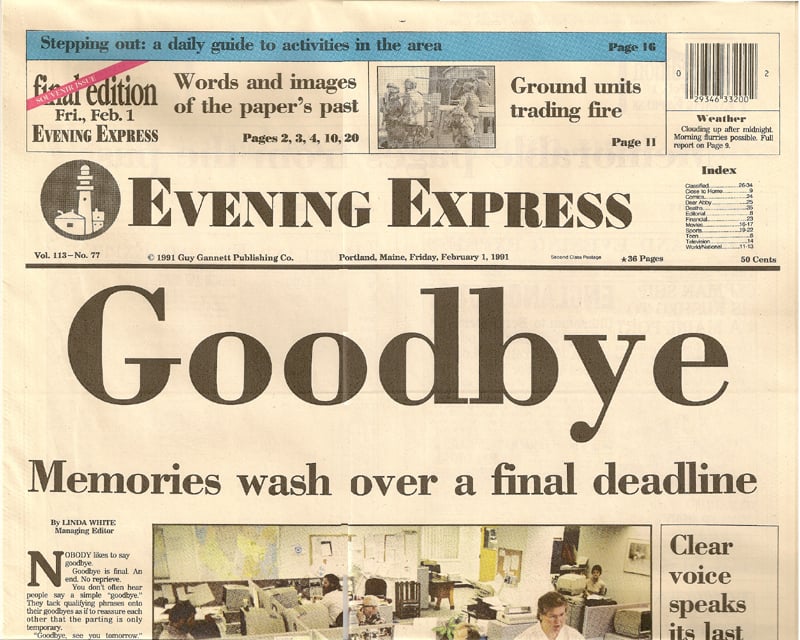 Up on my office wall, I have a copy of an old newspaper article from the Portland Evening Express that was written about me in 1982. Wow, that was so long ago, yet when I think back on the day that story came out, it doesn’t feel like it was 30 years old. The story was titled “Boy Wonder,” and was a profile of me in one of my earliest newspaper jobs. I had moved up to Portland Maine to start a newspaper called The Portland Chronicle. I had met a columnist who wrote about city people and had done a story about her. She did the same about me.

The hard thing about reading that story is that we all still want to be that golden boy. I remember feeling back then an exhilaration and excitement that’s hard to ever match. I was this editor, only 23 years old, and had my own paper to fill up with my own young ideas. I wrote profiles of people I met, and assigned stories about the arts and news in the up and coming city of Portland, ran huge photos and contests and the ad staff sold ads to keep it all running. I wrote my column on an IBM typewriter and it was typeset next door by a skinny young woman named Tammy. I lived on Munjoy Hill in a cute little blue house that had a second floor view of the islands in Casco Bay. My wife had a good job and I had an infant daughter with curly hair and an irresistible smile.

How could you not go down from this place, and the perch of the golden boy?  Today I think about how things have turned out and I still feel lucky, though these days I am feeling chastened, as if the good times and the freedoms I’ve enjoyed are now taking a toll. I worry about my business, worry that travel websites may some day become today’s newspapers…thin skeletons that once enjoyed wide readership, now eclipsed by apps and phones new gizmos like iPads.

I had a terrible experience yesterday when an employee made the last error she’ll ever make, another blunder of simple forgetfulness or laziness that cost me a bunch of money.  It all makes me feel weak, out of my power, and hardly golden any more.  Dating has turned into a slog, hard to ever find someone who thinks I’m anything close to golden, more like sorry, I’m passing you’re not really right for me.  Putting yourself out there means accepting that you’re not everyone’s cup of tea; and being reminded of that constantly makes me want to forget about it. Actually that’s probably the best thing I can do…forget about trying, forget about the effort…and maybe a golden girl will appear out of the blue, right when I least expect it.

Lost in the Wilds of Northfield and Rescued by a Farmer Tonight I’ll Fly to Zagreb, Croatia and Share It With You!