Denny Reed is an airtrekker. He takes people out in his ultra light aircraft and hops from one scenic place to another, sometimes swooping down as low as six feet from the ground. We flew with him tonight from atop the 2700 foot high Prosser Butte.  All around us are rolling round hills and valleys and borders of pine trees. We took off on the tiny 6 foot wide runway and buzzed toward the end…suddenly we were airborne. The fear vaporized at about this point and I thrilled instead of chilled for the remainder of the flight.

Soaring low, we passed over a deer, then a doe and a fawn bedding down for the night. It was about 730, so the evening was well upon us, yet the light was still strong. We wove and dove, following the curve of the soft rolling hills here in eastern Washington.  The rig we took off in cost about $55,000 and is made in France. It’s called Air Creation, and the engine is made by Bombardier, the people who make the regional jet I flew on today as well.

The planes can fly up to 2700 feet and cruise at about 45 mph. It’s sort of like being on a motorcycle but you’re flying instead of driving. And there are no bumps.  It’s actually an amazing way to get around! 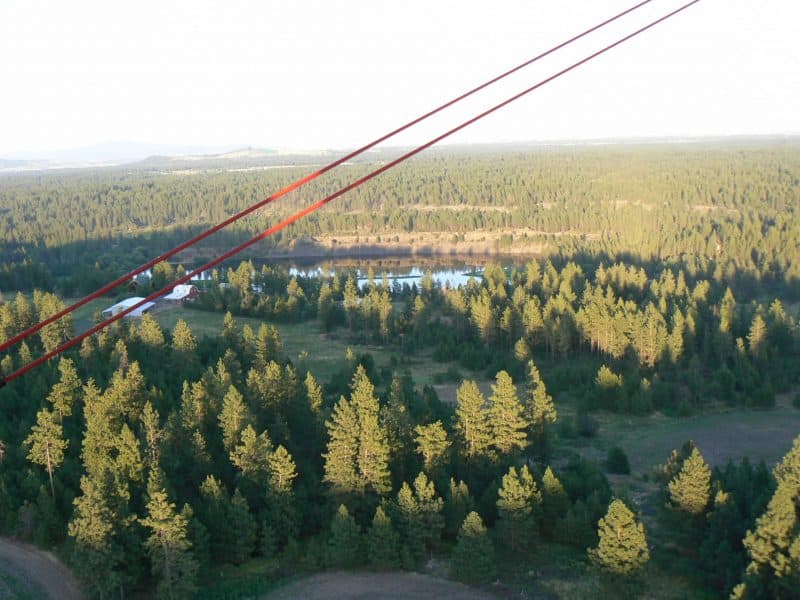 Ready. Set. Fly to Spokane! What Did I Forget? Kayaking the Clear Little Spokane River