The Readers Sound Off on Our Trip to Iran 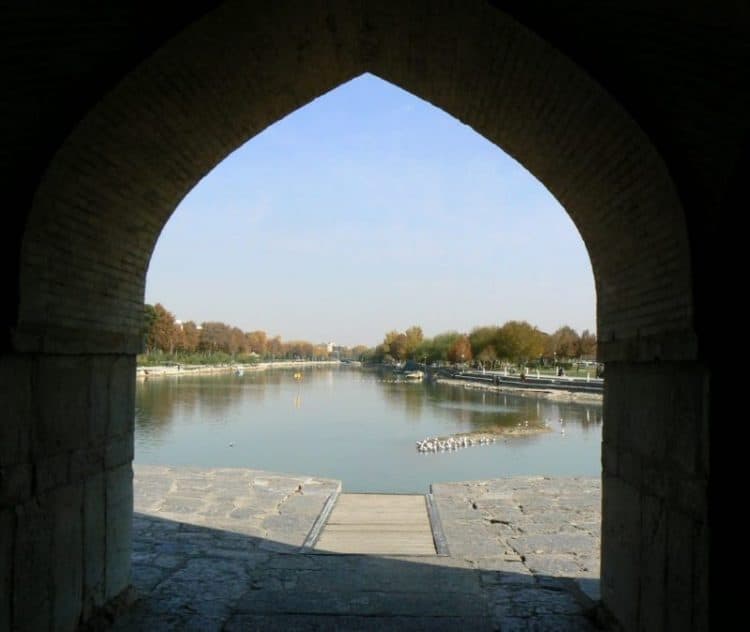 An article about our recent trip to Iran appeared yesterday in Salt Lake City’s Deseret News. So far more than 20 readers have weighed in with a fascinating array of points of view.

Joseph 4:12 a.m. Dec. 15, 2008
My hope is that the Obama will be able to improve relations with Iran.
I have met some Iranians and I find them to be very friendly.

Max Hartshorne 6:42 a.m. Dec. 15, 2008
Anthon did a great job capturing the details of this amazing trip. Check out the link to his blog where he talks about going behind the scenes to a private party and gets in trouble with the police for photographing the embassy. Funny stuff!

EastCoaster 8:32 a.m. Dec. 15, 2008
Read Jackson’s feature article. Makes me sad that We The People allow our governments to decide who we hate–wholesale. A tiny group of weak-minded policymakers in Washington and a tiny group of weak-minded policymakers in Iran, both of whom hardly represent the people they rule, are the ones who have decided that America is Satan and that Iran is part of an Axis of Evil. The truth is that regular Americans and regular Iranians should naturally be friends–and would be, if the politicians and the media allowed it. Iran is NOT the Iranian government. America is NOT the American government. Don’t let a bunch of idiots in power decide who you should hate and kill for. Mark my words: a war with Iran is coming–and it will be driven by policymakers, not the mind and will of either regular Iranians or regular Americans. Anthon’s trip is evidence that us regular folks, American and Iranian, are naturally hospitable, welcoming, generous, and kind one to another.

This is odd 9:20 a.m. Dec. 15, 2008
Why is it newsworthy that an American visited Iran? The article itself states this is not uncommon. Nor did the gentleman in question do or see anything out of the ordinary. Did I miss a submerged point?

AJ Reader 9:30 a.m. Dec. 15, 2008
Thanks Deseret News for running this. As an Adventure Journey reader, I’d like to answer “This is odd”‘s question about why this was news–Anthon was among the first Americans in almost 30 years to receive a diplomatic visa by the Iranian government. This hasn’t happened since before the hostage crisis. That’s news, friend!

RS 10:07 a.m. Dec. 15, 2008
I’m glad he had a good trip, and that people are trying to improve international relations. But, of course they had a pleasant time, the trip was sponsored by the Iranian ministry of tourism.
You can bet that if he had tried to practice his religion there, he would have been hung or stoned. It’s good to have an open mind, but not so open that your brains fall out.

While we certainly want to avoid war with anyone, and to love our fellow humans, we also must not forget that there is an element of violent hatred in the hearts of some of them, and we must be careful. Sorry, but……

This is not news.

DonnyB 10:39 a.m. Dec. 15, 2008
This story is connected to the International Tour Operators Convention which was the first of its kind. Of course, that some guy went to Iran isn’t the newsworthy part – the point is Iran’s interest and efforts towards promoting tourism. I read the full story and it sounds like the convention itself was kind of a big deal for Iran.

Thus the early leaders of the Mormon Church would not be allowed to enroll at BYU?

do things that President Bush says about some Iranian leader (or vice-versa) count as news and is fed to the people of America by the media, but not the impressions that regular people from here get when mixing with regular people from there? Aren’t both needed to gain some sort of proper perspective? I applaud the DN for providing a little balance. If it weren’t for articles like this, far less people would know how we relate–as people–to those in foreign lands, short of going there. Without articles like this, we might be less apt to think of Iran as being filled generally with nice people who by and large like Americans, which happens to be the truth.

Guayaco 12:39 p.m. Dec. 15, 2008
About the beard… Growing one for a trip to Iran is cheap accident insurance, especially if not with a tour group. Watch your steps, barefoot Pilgrims.

Iraqis are different than Persians, but are very friendly as well (but remember the beard and carry extra clips).

I hope the ruling Iranian mullahs disappear before they overplay their hand and send themselves and millions of their friendly countrymen prematurely into the great hereafter.

Yes, how well I remember their famous hospitality during the year they were “hosting” the hostages back in the early 80’s. They even provided the blindfolds.

I know, that’s a bit a bit sarcastic. I’m pleased that he had a good trip and enjoyed himself. I’m hoping it is some indication that relations between the countries is better than all the other information (continued disregard for international rules against nuclear proliferation, etc.) seems to indicate.
Hmmmm…… 3:29 p.m. Dec. 15, 2008

A nonnewsworthy story accompanied by a boring, literal portrait. How is this journalism?

feagle 4:59 p.m. Dec. 15, 2008
if someone came into my country, ousted my elected president, installed a dictator, stole all my country’s natural resources while training a puppet regime to torture and kill thousands of my fellow countrymen (all supposedly in the name of democracy)…I might be a tad upset as well.
Yeah, that was us in Iran – but that’s not the end of it: we then backed Saddam in his bloody campaign with money and weapons (including gas), enforced sanctions that have crippled their economic viability and served to hurt everyday Iranians just like you and me, and more recently threatened to drop bombs on their cities.
As for “disregard for international rules,” maybe America should try abiding by them before invading another country.

Thank You 11:43 a.m. Dec. 16, 2008
Thank you for revealing this vacation jewel name Iran. I have traveled there 3 times in the last 10 years and each year has been better than the other. Not only people are extremely friendly, we have purchased many handcrafted souvenirs (picture frames (khatam), carpets and other stuff) for a bargain. Iranians invite you to their houses and will not take your money if they know you are American. We have been extremely delighted to see you write this article and shared your feelings. There are always clueless people here who have no idea what is going on and they revert back to government lines of Axis of Evil and other nonsense. The fact is that Iranian people are very hospitable and they love Americans.

Xereshk 12:32 p.m. Dec. 16, 2008
Thanks for covering Anthon’s trip despite pressure from “NEOCONS” who put the interest of israel ahead of United States and will do what they can to prevent normalizing relations between US and Iran. Btw, Christianity is one of the oldest religions in Iran and there are several Christian members of the parliament in Iran. As an Iranian living here, I have known many LDS members and have enormous respect for them.

In 1993, He Predicted Newspaper Classifieds Would Die The Naked