The Ultimate Collection of Cool Stuff in Skurup 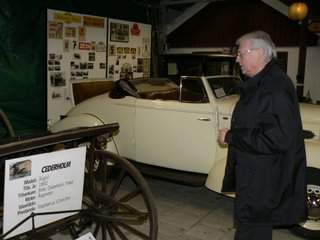 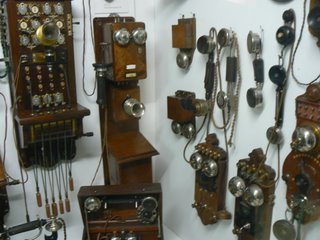 Bengt Almquist wasn’t sure what the English word was that describes his vast collection of machines. “Gadgets?” Well, sort of. I’d say it’s more like a thousand assortments of things. At the Johanna Museet, he’s got walls full of typewriters, including models from the 1880s before they came up with the notion of a keyboard–these babies required you to identify the key with a stick then push a button. There are walls full of the oldest irons you ever saw, and cameras, stretching back to just before Lincoln…and neatly arranged kids toys from the ’20s, ’30s, and ’50s.

There are telephones, from the earliest days when a man named Erikson decided to break with the man named Bell and make his own phones here in Sweden. And of course there are the cars. And bikes. Bikes from the 1910s, with wooden fenders; models from later on that use two pump pedals instead of rotary ones, and even a plastic bicycle made for a short while here in Sweden, until everyone realized it was a bad thing to do with plastic.

Bengt got into this from his father. He was a tinkerer extraordinaire who amassed this vast collection and knew how to keep even the oldest car in Sweden (yep, it’s in here) running in good order. “They all run,” Bengt assured us. He rents the classic cars and old fashioned bikes out to movie producers and supplies props for people around Sweden and the world. His museum visitors are mostly seniors, enjoying a chance to re-connect with that same old sewing machine or phone that they used when they were young.

Listening to an Automatic Organ in Sweden: Video Tor Tells the World About Malmo’s Bo01 Area