Fox News Gets Ratings but Not the Big Bucks 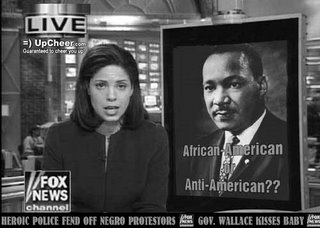 It’s Fox News Channel’s 10th anniversary this October. But the cable network doesn’t want a diamond bauble to commemorate the occasion. It wants cold, hard cash — and plenty of it. Today’s Wall Street Journal had the story.

Fox News executives well remember their early days, when the channel got little respect and was in the shadow of Time Warner Inc.’s CNN. While it blew by its rival almost 4½ years ago in the ratings, it still trails them in one key area — distribution fees paid by cable and satellite operators.

On that score, the News Corp.-owned channel is now looking to overtake CNN and just about every other cable channel, aiming to triple the fees it charges them to carry the channel. It wants an increase to $1 dollar per month per subscriber, from the 25 cent to 35 cent subscriber fee the network currently earns. CNN gets an average of about 50 cents per subscriber; MSNBC takes in between 30 and 35 cents.

“We’re in the elite group,” says Tim Carry, vice president of affiliate sales for Fox News. “We have a significant advantage over 90% of the industry, yet over the last 10 years we’ve been paid as if we’re at the bottom.”

Only a handful of cable networks are able to command such a high fee, most notably Walt Disney Co.’s ESPN, which takes in over $2.50 per subscriber. Like ESPN, these channels pay huge sports-rights expenses and get compensated for them. Other channels that command high distribution fees include Time Warner’s TNT, which carries Nascar and the National Basketball Association and gets 90 cents, and the Disney Channel, which doesn’t sell advertising and gets about $1.

“If they ask for a dollar and get fifty cents they’re doing very well,” adds Rob Stengel, an industry consultant.